WE’RE often told that health considerations are increasingly important to food and drink shoppers. According to figures from the global retail research firm HIM International that appears to be true. But the level of interest varies and British interest in health appears to be lower than that in other countries.
Asking consumers in a wide range of markets specifically about whether they viewed availability of healthy options as important to them when they were on top-up or convenience shopping trips, HIM International found that more than half (52%) said it was important to them and 81% said they’d like to see more healthy options in c-stores.
In terms of the general importance of health to shoppers countries like Taiwan, France, Poland, South Africa and Ireland all had 40% or more of people saying health was important to them.
Britain registered 37% – quite a way behind the most health-conscious markets but ahead of shoppers in Russia and Japan.

• A survey conducted by flavoured water brand, Perfectly Clear, of 1,000 UK-based 18-40 year-olds showed that nearly 70% of respondents are concerned about poor availability and in-store visibility of sugar-free products. 45% of respondents said there are not enough sugar-free drink options available, and 24% said sugar-free drinks are not displayed clearly enough in chillers.
Expense was another concern, with 33.5% of those questioned saying they thought sugar-free options are too expensive.
Eight out of 10 of those surveyed said they are concerned about sugar content in drinks, and 56% said a sugar tax would put them off purchasing a drink.
Maurice Newton, sales and marketing director at CBL Drinks, said: “The results of this survey have truly been an eye-opener. Customer concern about sugar is at an all-time high, and consumers seem to be struggling to find sugar-free options in-store. We have always prided ourselves on our competitive price point and zero sugar content, but it seems consumers are seeking greater availability and visibility of soft drinks that aren’t laden with sugar.” 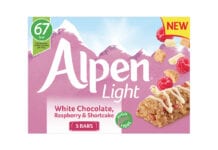 Lighter start to the day 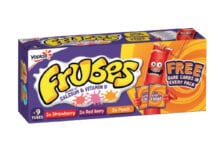 A brand new look for Frubes