Consumer confidence is on the rise and confectionery sales are growing according to chocolate brands giant Mars.

It says that in the last six months its chocolate bags have shown growth in part as a result of its activity on its range of £1 Treatbags and the M&M’s Pouch. 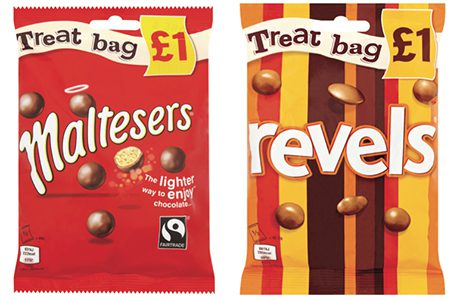 And it says it has five of the top 10 singles chocolate brands in independent stores  including Twix, Mars and Snickers.

Mars sees in-home sharing as one of the reasons for the success of bags.

“As sharing moments in the home continue as a trend, the bitesize category has grown by 22% and is now worth £589m to the industry.”

She added that Mars is the market leader in the bitesize category with a 47% share and has four of the top five bitesize brands. The firm sees PMPs as another factor influencing sales growth. It says research show 68% of shoppers see PMPs as a good deal and PMPs account for 60% of sales in independent stores.