Asif Ashraf founded the symbol store chain Smartways in 2013. It has since grown to include 11 stores. He also owns and runs EPoS firm MHouse Solutions 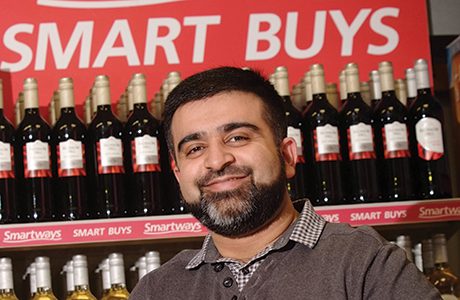 You’re now on your 11th store. Considering the retail landscape, do you aim to keep expanding?

Maybe a few years ago I was in a position where I was just buying any stores I could, but I think they’ve got to be the right stores now, with a certain turnover and within my area, which is in the Central Belt. I’m fairly optimistic about convenience in general. For the last few years people have been trying to save money by shopping little and often. They will use their community stores more, as long as we’re offering the right thing.

Which areas of convenience retailing do you think currently present the best opportunities?

We need to move away from just being local corner shops selling sweets, crisps, juice and beer. At Smartways we focus on two different types of customers. One is traditional convenience and the other is the person who doesn’t have anything for dinner and will stop in looking for the ingredients to prepare a full meal. But you’ve got to stock everything they need and be consistent so they know it’s always there. By looking at it that way and improving our chilled foods offer our basket spend has gone up. So if you can cater for those two types of customers, that’s where the opportunity is.

What are the biggest difficulties facing c-store retailers in general and your business in particular?

I think the main one has got to be the fear of someone else opening up nearby. The biggest one used to be Tesco Express, but now there’s the One Stop franchise, plus Lidl and Aldi. Even if you have another independent open up nearby, you can end up in a price war that doesn’t do anyone any favours. Recently we lost a bit of focus and started deep cutting. Before we knew it our margins were really low, which isn’t good. There’s a difference between having a good promotions cycle and just having Irn Bru on £1 all year round. What ends up happening is that customers get used to the price, you have to hire more staff because you’re shifting so much volume and it’s just a vicious cycle you can’t get out of because the profit’s not there. Luckily we nipped it in the bud and are now promoting the right way, in a healthy manner. 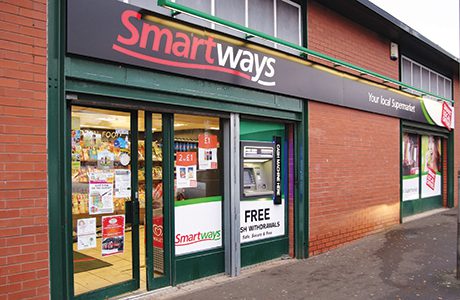 What technological tools do you find particularly useful for growing your business?

We’ve got our own EPoS company, which is doing very well. EPoS itself is hugely important. Most shops have got EPoS these days, but retailers are just using it as a tool for scanning items at the till. They’re not looking at the information to see what it’s telling them about their business. We do a lot of analysis of stock, ranges, pricing, we make sure we’re not overpricing anything and we don’t underprice.

Our Facebook page is more like a community hub than a promotional tool. I let the staff have control of it and they encourage customers to comment and have a laugh with it. I think it’s good for that, but it’s not much use in getting your sales up. We’ve also got apps now where you can link up with your stores and see how well they’re doing this week compared to last week.

How do you feel about the recently-announced rise in national minimum wage?

The minimum wage going up will make it more and more difficult to hire staff. You need a certain number of staff to maintain services, but that gets difficult when the wages keep going up. The loss of tax credits will hurt us too. A lot of my staff are part-timers working 16 hours a week to get their tax credits. Working more hours isn’t an option for them and if they can’t get those tax credits then the job isn’t wo 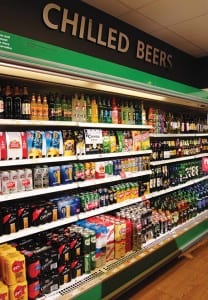 rth it and they’ll pack it in, which doesn’t solve anyone’s problems. I don’t see the benefit.

What do you make of the proposed Bottle Deposit Return System?

From the onset it looks like an administration nightmare. I don’t have any extra space for storage in my stores anyway. Recycling is supposed to be about saving the environment, but how much are you going to gain by having all these extra lorries running about between all the stores to take them to recycling centres? It would be easier if people just took them straight to recycling centres and got a voucher they could spend in stores.

On the whole, trading has been up. Our turnover’s not increased that much, but when you get a good, sunny weekend, sales can be 10% up from a damp day. The mix is totally different as well. We sell a lot more ciders, beer, but also salads, dressings, fresh burgers, buns. That clears out very early on a good day. I get one of our managers to check the forecast and if it’s going to be good we let the other managers know to get more stock in.