The UK’s National Lottery is set to go through a major revamp in October that will see more balls added to the draws, which should mean more rollovers, bigger jackpots of up to £50m, fewer massive jackpot winners but more chances to win prizes of £1m, with at least two millionaires each week – one on a Wednesday and one on a Saturday and  20 winners of £20,000 in every draw. 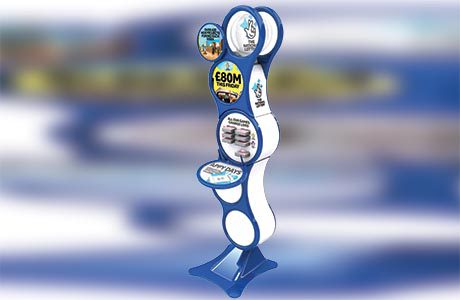 While price per Lotto line will remain at £2 the Wednesday and Saturday draws will see a number of changes.

Players will now choose six numbers from 59 options instead of the current 49.

A new Millionaire Raffle will guarantee at least two millionaires each week – one on a Wednesday and one on a Saturday – in addition to 20 winners of £20,000.

From October, average winning jackpots are expected to be triple the level of winning jackpots on the current game. The limit on the number of Lotto rollovers (currently four) will be removed and the jackpot will be able to roll up to £50 million initially – and more in future.

An extra 1.4 million retail winners a week – the equivalent of around 40 per store per week – will be created through the new Match 2 prizes, says Camelot.

Duncan Malyon, sales director at Camelot UK Lotteries, said the changes would be “great for retailers” and would lead to increases in retailer commissions and in footfall in National Lottery stores.