In a bid to be a major part of such activity the company is running special campaigns for many of its wine and spirit brands – including Jacob’s Creek, Malibu and Havana Club.

Commercial director Chris Ellis said that summer is second only to Christmas for seasonal sales.

He said: “It represents an incredibly exciting time for the drinks trade, as premium spirits sales accelerate ahead of the spirits category.”

He added that white wine, rosé and smaller bottles of wine would be footfall drivers during the summer months.

Reflecting on last year’s figures he said that white wine monthly volume sales are, on average, 5% higher during July and August .

And Pernod Ricard figures show that rosé volume share was up by 1.3% last summer to give it a 16.6% share of all wine sales over the period. 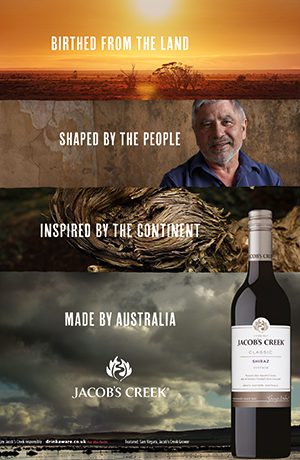 Ellis went on to highlight the Jacob’s Creek sponsorship of Wimbledon as one opportunity for retailers.

To coincide with the sponsorship, Wimbledon-themed limited edition bottles are being introduced across the Jacob’s Creek range of Australian wines.

Collars on the bottles will offer consumers  the chance to win prizes including iPad minis and tickets to the finals of Wimbledon.

The brand will also have a summer tie-in with defending Wimbledon champion Novak Djokovic.

This summer also sees the second phase of the Jacob’s Creek Made by Australia TV campaign.

After reporting that ready-to-drink sales were 18% higher over the summer months and that 21% of the total sales for premixed cans last year was in July and August, Pernod Ricard has recently given its premixed cans range a new look and has added the first low-calorie variant in the range, Malibu Diet Cola.

Ellis concluded: “We have a strong brand presence in all the key categories for summer and we have worked hard to create engaging marketing and in-store campaigns.”