PRESSURE groups complaining about the amount of sugar in energy drinks could be falling behind market developments. For one of the clearest current trends in energy drinks, is the rise and rise of reduced or sugar-free products.

Ed Whitehead, strategy and planning manager at Red Bull UK, reckons retailers would do well to stock and promote the low and no-sugar lines, not only as healthy alternatives but also because they are proving very popular with shoppers. 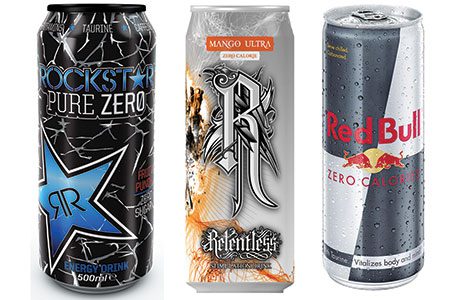 “In 2014, diet drinks was a key growth driver in energy, and the launch of Red Bull Zero was central to that,” he said.

“In fact, Red Bull has three of the top 10 branded SKUs within diet energy.”

The launch of Red Bull Zero was supported this January by the ‘Zero Excuses’ campaign. It brought back the cartoon style that has characterised Red Bull marketing activity, and focused on New Year’s resolutions, with outdoor advertising in busy areas and in-store activity that was intended to increase awareness and encourage shoppers to try a can.

And Red Bull’s new lines aren’t the only new sugar-free options on the market.

Last month, Coca-Cola Enterprises added a new flavour to its zero calorie Relentless range in the form of Mango Ultra.

“As people look for different energy drinks that meet different needs, retailers should consider stocking both regular and lights variants to make sure they are offering enough choice for shoppers,” said Dave Turner, the company’s trade communications manager.

Mango Ultra was developed following the firm’s own research which suggested mango flavour had the widest appeal to the Relentless brand’s target consumers, and offered something different. 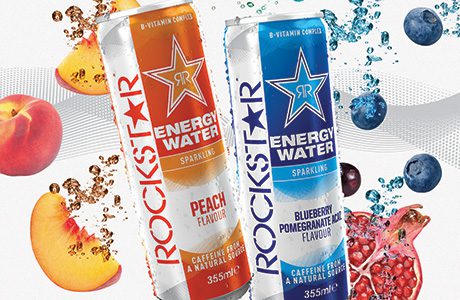 “Lights have proven to be increasingly popular in the energy drinks sector and are now growing twice as fast as regular variants,” said Turner.

“Relentless has a proven track record in delivering successful innovation to retailers and this new sugar-free variant is set to help operators drive sales by offering further choice in zero sugar energy drinks.”

Low-calorie products in the energy market are growing at 17% year on year, according to Nielsen figures quoted by AG Barr. “However, there is currently little consumer choice available in this growing sector,” said Adrian Troy, the firm’s head of marketing.

“Rockstar Energy Waters will bring new consumers into the energy category and the lighter nature of the products, combined with a fantastic taste, will also open up new consumption occasions such as lunchtimes and after exercise.”

Rockstar Energy Waters are said to deliver a full hit of energy with high caffeine content from a natural source and a vitamin blend, but have 50% less sugar and calories per 100ml than 500ml cans of standard Rockstar Energy.

The launch is supported by a digital and social media campaign and by sampling at Rockstar-sponsored events.