The new ‘Land of Intensity’ ad first aired in January and will run until May, incorporating a mixture of TV and video on demand spots.

The ad explores the ‘Land of Intensity’, a secret corner of the world where Starburst fills its chews with intense juiciness. It features some of the land’s strongest men straining their muscles to deliver an intense juicy flavour for Starburst. 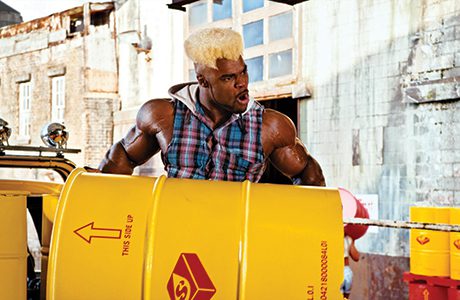 The advert is the first element of Wrigley’s multi-million pound investment for 2015. It follows in the wake of 2014’s ‘unexplainably juicy’ TV campaign, which featured singer Michael Bolton.

“Starburst sales continue to grow, with the brand now worth £24.1m and growing at 5.6% year on year.

“This new TV ad represents the highest media spend for the brand in recent years, and will work to generate maximum exposure amongst consumers, providing retailers with an additional opportunity to drive sales,” he added.

This year will also see the introduction of new reduced-sized outers, which are intended to be ideal for retailers to place on their counters.

The available Starburst outers will include: