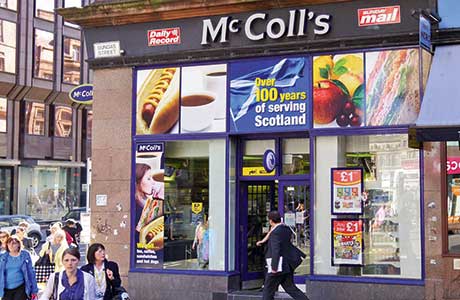 MANAGED c-store and newsagent company McColl’s Retail Group now has 800 stores across Britain and saw total sales rise 4.7% over the six-weeks around Christmas and new year compared to the previous year.
But like-for-like sales (stripping out newly added stores) were down by just under 1%.
The group said it had “continued to trade resiliently over the Christmas and new year period, despite the on-going pressure on consumers’ disposable income”.