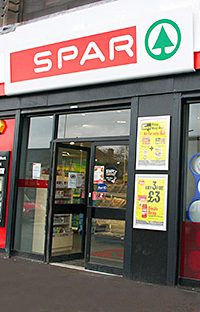 NEW research has shown that the country’s most trusted convenience store chain is Spar, depended on by almost a third of UK shoppers (31%).

Independent local convenience stores and Costcutter rank just behind it on consumer trust, with 22% and 21% respectively.
The survey, commissioned by retail and shopper creative agency Live & Breathe, spoke to 1,000 UK shoppers.
The study found that shoppers primarily visit convenience stores to buy a few daily essentials to supplement their bigger weekly shop in a large supermarket – and only 7% do their main shop in smaller c-stores regularly.
Shoppers’ top three convenience buys are: newspapers or magazines (31%); lottery tickets (27%); and snack items (25%).
Shoppers were also asked what type of stores they would like to see more of on the high street – and almost half (47%) said they would like more independent shops to open. However half of consumers (50%) said they thought independent shops are expensive while a quarter (25%) thought they didn’t usually offer enough product choice.
Some 30% thought the items sold by independents were as good as those from branded stores. But only 19% of 25-34 year-old agreed with that.