IF Scotland’s and the rest of the UK’s wholesale and cash & carry firms thought life was competitive now there’s a lot more of the same to look forward to, reckons the grocery and distribution education and research organisation IGD.

For retailers, there could be benefits to come down the line, including innovative uses of technology that could make commercial life more efficient and more measurable.
Ahead of its recent major Wholesaling 2014 Conference, held in London in September, IGD released a series of documents including research on the state of the industry in 2013.
IGD put the value of the UK wholesale sector in 2013 at £29.5bn, some £480m (or 1.7%) up on the previous year.
That compared to general consumer price inflation at that time of 2% so the sector was showing a slight decline in real terms.
Some product categories and channels were performing significantly better than others however.
IGD measured 6.1% sales growth in fresh and chilled products, which reached £4.6bn. That meant it was the fastest-growing category in the wholesale sector.

Delivered grocery wholesale was found to be the fastest-growing segment of the sector up by 2.6% year on year to reach £11.3bn. However the 2013 figures included certain items for the first time, such as central distribution sales from Nisa, that would have boosted the numbers.
In comparison, sales identified as primarily cash & carry were still ahead of the delivered grocery total (at £11.5bn) but has grown by only 0.4%.
Forecasting to 2018, IGD reckons delivered grocery will overtake and move more that £1bn ahead of cash & carry.
Online ordering is growing fast and has become embedded both in UK-wide firms like Booker and Bestway Batleys as well as firms in the various nations, regions and local areas of the country including companies such as JW Filshill.
But while online ordering offers speed, convenience and visibility of purchased history for retailers IGD notes that while technology brings potential cost-effective benefits to delivered wholesalers it can bring added costs and complexity to traditional cash & carry operations. Nevertheless IGD expects C&Cs to increasingly offer another form of C and C – click and collect services in the future. 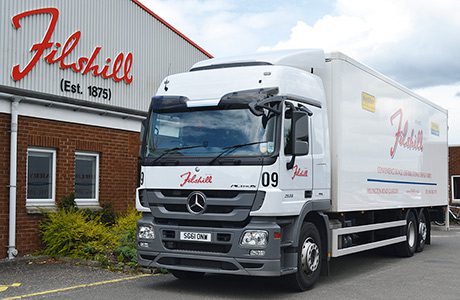