The long alcoholic drinks market has become very interesting in recent years. Off-trade growth has been decent in the last 12 months and craft beers and flavoured ciders have shown significant growth. We look at some of the most significant trends. 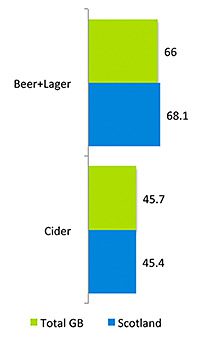 LONG drinks are big business for licensed stores of all sizes throughout Britain … and getting bigger still.

And despite the clear national, local and regional influences – Scotland has a massive beer brand in Tennent’s and, these days, a very large number of small breweries – some shopping patterns look similar on both sides of the border, though there are significant differences too.
Mark Thomson, business unit director with leading consumer research company Kantar Worldpanel told Scottish Grocer the take-home beer and cider category is now worth £2.9bn across GB – Kantar Worldpanel, 52 weeks sales to week ending 17 August 2014.
Beer accounts for 75% of that spend and is growing at 1.8% a year (that’s just ahead of the current rate of inflation and so is an increase in real terms). Cider accounts for 25% of spend and is growing at the much faster rate of 5.3%, substantially ahead of inflation.
Other articles and market research studies have shown that the share of alcohol sales taken by spirits in Scotland is much higher than elsewhere in Britain. So it’s perhaps not a great surprise that Thomson noted that north of the border beer and cider collectively account for only 21% of overall alcohol spend compared to the 25% that long drinks take in GB as a whole.
However, as the chart on this page shows, quite similar proportions of the population in Scotland and in GB overall have bought beer or cider in the last 12 months, though more Scots have bought beer than the GB average and slightly fewer have bought cider. 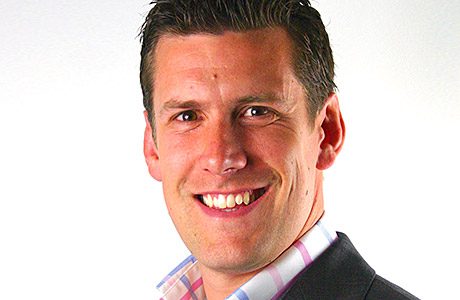 Do Scottish sales performances differ significantly from the British norm?
Well, as already noted, beer takes a lower share of alcohol spend than in GB overall. And Scottish shoppers still spend £1.30 less on beer, on average, over the year. But it looks as if we’re determined to catch up. Sales of take-home beer are growing at an impressive 7% year on year in Scotland compared to the much more modest 1.8% across GB.
And the situation on pricing and deals is quite different on the different sides of the border.
Some 44% of beer volume is sold on deal in Scotland which is far lower than the 51% of volume sold on promotion across GB as a whole.
That’s largely down to alcohol policy and the direct regulation of drinks promotions and retail marketing north of the border, Thomson suggests. Scottish retailers can’t incentivise larger purchases with buy two and get one free deals for example. They can’t run big-night-in, link-save deals that combine beer and snacks either.
Which styles of beer and cider are most popular?
Lagers and export ales account for the greater part of beer spending in Scotland while bitters and stouts do less well than in GB overall. Within the cider category Scottish shoppers are more likely to purchase sweet cider than cider fans in the south.