HEINEKEN, the giant drinks company behind brands like Foster’s, Kronenbourg 1664, Desperados, Bulmer, Strongbow and Old Mout, sees itself as the number-one supplier of beer and cider in the UK and reckons both its own sales and the market in general are in good shape.

Quoting Nielsen data for the 12 months to March this year, Heineken’s category and trade marketing director, off-trade, Craig Clarkson said the UK beer and cider category was worth £4.6bn and growing by 3.5% year on year. Beer is worth over £3.6bn and growing by 2% in value. Off-trade cider is worth £1bn, up 8.6% year on year.
The firm says its own beer and cider sales are up 8.6% in value and by 4.3% in volume and that in the year covered by the figures it had accounted for 45% of the growth in beer and cider sales in Britain, with its latest product developments responsible for more than 21% of category growth.
“The off-trade has been shaped by a variety of macro trends, which are affecting consumer purchasing behaviour and consumption choices,” he said.
Caution on spending had continued, with shoppers making more frequent, smaller shopping trips and using a wide variety of stores.
But on the other hand consumer confidence had risen, and many shoppers had been ready to buy premium products, he said.
And new consumer demands had led to or encouraged the development of entirely new types of products, including what the marketers call the moderation segment – lower ABV beers and ciders including new lines from well-established mainstream brands.
Clarkson reckons the entry of the big beer and cider names will increase consumer interest and build sales in a market segment that is already worth £47m. Heineken suggests that moderation lines could take 5% of total beer and cider sales within 10 years. 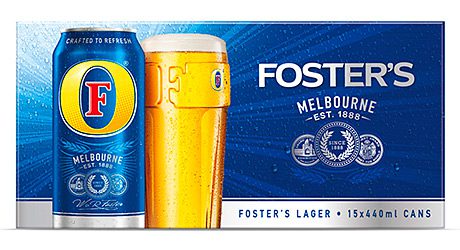 The spirit beers segment, including its brand Desperados, had shown sales growing by 149% year on year.
World ciders now take 11% of off-trade cider sales after strong growth in recent years and could by some projections see sales double in the next three years, Clarkson said.
And “discovery beers” including world beers and niche beers are said to be showing the fastest total off-trade growth.
But established brands remain vitally important, the Heineken off-trade expert stressed.
“Whilst we are seeing growth from premiumisation and these emerging sub-categories, they remain relatively modest in comparison to the core brands that are driving total cider and beer performance – the top 10 brands account for over half, 55%, of all category value sales.
“It is market-leading brands like Foster’s and Strongbow that represent the engine room of our business, and indeed the wider category.
“We believe the future health of the category lies in nurturing a strong core range backed by a rigorous promotional plan and a range and offer which encourages premiumisation and a passion to innovate and develop emerging segments such as moderation.”