HAGGIS producer Macsween has changed its manufacturing process so that no waste products are sent to landfill. 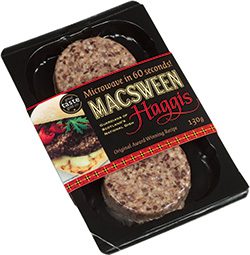 Earlier this year the company was recycling 90% of its waste. Macsween then enlisted the help of the William Tracey Group, which has championed the process of creating Refuse Derived Fuel. RDF is produced by shredding and dehydrating solid waste, which would otherwise have been sent to landfill, for use in the production of sustainable energy.
James Macsween, who heads the environmental programme, said: “To become a zero waste business is a fantastic milestone for Macsween.”