Continuing our look at issues of special interest to retailers as we approach 18 September’s momentous vote.

SCOTLAND’S people will decide next month whether they will become an independent nation state or remain part of the United Kingdom. Last issue we began our look at those issues of special interest to retailers by examining the current Scottish Government’s vision and expectations on issues such as 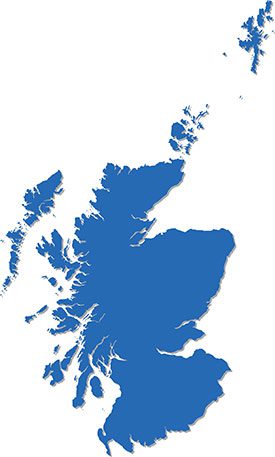 currency and European Union membership. Since then the Scottish affairs select committee of the UK House of Commons has said it sees no way that a currency union will take place. The Scottish Government and other pro-independence activists still argue that real-life politics and economics will bring others round to a currency union.
As always, we want to be clear that Scottish Grocer is strictly neutral on the independence issue. It is, of course, important to note that all of the Scottish Government white paper proposals and statements would depend both on independence being passed and on it being elected as the government of an independent Scotland.
On tax the current SNP government says that if elected to power in 2016, it would work with Scotland’s tax authority, Revenue Scotland, to simplify the tax system to reduce compliance costs, streamline reliefs and help to reduce tax avoidance. That should raise £250m per year by the end of the first term, it argues.
To help small businesses, the white paper raises the prospect of an increase in the National Insurance Employment Allowance. The Scottish Government says it is also committed to keeping the Small Business Bonus which it claims has reduced, or eliminated entirely, business rates for tens of thousands of enterprises across Scotland. It will also maintain Scottish business rates parity with the rest of the UK for the term of the parliament.
Revenue Scotland will be asked to reduce compliance costs for small and medium-sized businesses in Scotland to counter what the Scottish Government describes as “the regressive impact of such costs”.
For larger companies, the party promises to provide a clear timetable for cutting corporation tax by up to 3% for businesses paying tax in Scotland. “The intention of pre-announcing the cut is to stimulate economic activity and attract new investment,” it says.
Opponents argue that there is already scope under devolution for tax system variation. And some suggest a move towards full fiscal responsibilty, for domestic affairs at least, in a Scotland that remains part of the union.
Employment law, covering minimum terms and conditions, maternity and paternity rights, worker representation, the rules around unions and collective bargaining and the minimum wage, would all come fully under the remit of an independent Scottish Parliament
The Scottish Government says it has adopted a strong social partnership approach, working with the voluntary sector, unions, employer associations and employers directly. “With independence we will build on this approach,” it says.
The existing Scottish Tribunals Service would take on employment tribunals, which are currently a Westminster responsibility.
Of particular relevance to retail businesses is minimum wage policy. The white paper states that 400,000 people in Scotland are working for less than what it calls “the living wage. That is nearly a fifth of the Scottish workforce; the majority of low paid workers are women. The Scottish Government is currently funding the Poverty Alliance to deliver a Living Wage Accreditation Scheme to promote the living wage and increase the number of private companies that pay it.
The Scottish Government gives “a firm commitment” that, if it forms the government in an independent Scotland, the minimum wage will rise at least in line with inflation. The rate would be defined by a new body, the Fair Work Commission, with members drawn from business, trade unions and wider society.
Personal allowances, the thresholds between income tax bands and caps on National Insurance Contributions, and tax credits would, the Scottish Government says, be streamlined and basic rate allowances and tax credits would be up-rated by inflation each year.
[hr]
There’s still time to have your say on one of Scotland’s biggest ever decisions. Independence or union, what’s best for Scottish community retailers?
Email patrick.duffy@peeblesmedia.com