SCOTLAND’S people decide this month whether to become citizens of an independent nation state or remain part of the United Kingdom. In the last two issues of Scottish Grocer we examined the Scottish Government’s intentions for a independent Scotland in areas such as currency and European Union membership, taxation, minimum wage provision and aspects of employment law.

In this issue, with only weeks until arguably the biggest democratic decision in the country’s history, we conclude our analysis of the statements in the Scottish Government’s white paper Scotland’s Future.
Once again, we want to be clear that Scottish Grocer is strictly neutral on the independence issue.
And once again we want to stress that enactment of many of the white paper’s proposals and statements would depend both on independence being passed and on the current Scottish Government being elected as the government of an independent state. Opponents of independence have questioned many of the arguments and statements in the white paper and the Scottish Government has, in turn, defended its points.
The white paper deals extensively with the world of work, stressing that increased economic participation in an independent Scotland will serve as a base upon which economic growth can be built. The proposals suggest there will be a larger and more flexible workforce, thanks in part to the introduction of extended childcare to allow more women to take part in work.

If re-elected in an independent Scotland, the current Scottish Government says it will augment existing proposals and extend child care to provide 600 hours of care to around half of Scotland’s two-year-olds. Those whose parents receive working tax credit or child tax credit would benefit by the end of the first parliamentary term. By the end of the second term, all three- and four-year-olds and vulnerable two-year-olds would be entitled to 1,140 hours of childcare a year.
Infrastructure improvements promised in the white paper and likely to have an effect on business include the continuation of the Step Change programme, a £410m scheme to bring fixed fibre broadband to 85% of Scottish properties by the end of 2015 and to around 95% by the end of 2017.
The white paper says that after independence, the approach will be to ensure new spectrum licences in Scotland, such as the 700 MHz band, benefit all of the country, not just urban areas.
The target for 95% Scottish coverage for a 4G signal is 2017.
The Scottish Government claims there will be no imposition of mobile roaming charges for telephone customers of current UK service providers and says also that calls to landlines in the remaining UK will not be subject to international tariffs. 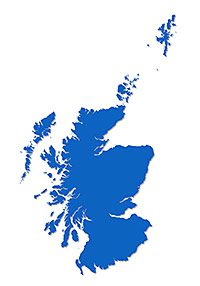 The Scottish Government promises to try to keep Scotland within the UK international dialing code, 00 44.
It’s proposed that there be a transfer of responsibility for regulating postal services, such as the Royal Mail, from Ofcom to a Scottish regulator. The service in an independent Scotland will match, as a minimum, the level of service inherited from the UK, the white paper says. The new regulator will also address the high cost of parcel delivery in remote and rural areas.
It says that on independence, Scotland will inherit a share of the Post Office Ltd, which provides a range of services through crown offices and sub-postmasters. The Scottish Government has already invested in the post office network through the Post Office Diversification Fund and the Rural Rate Relief Scheme. The white paper says a future Scottish government would renationalise Royal Mail, use post offices to deliver government services, and redirect resources to support local branches that deliver frontline services, particularly in community hubs.
The National Lottery will continue as it is, in the event of a yes vote, with Camelot retaining its licence as operator until 2023.
The white paper claims that Scotland will continue to receive a fair share of funding from the National Lottery.
The white paper also promises “a more integrated, simplified consumer landscape with a single consumer body to take into account Scottish specific issues, such as unfair parcel delivery charges in rural areas”.
Will there be cross-border price differences? The Scottish Government says no. “As an EU member state, an independent Scotland will continue to meet all EU consumer requirements, including those covering cross-border transactions.”
Issues of competition law such as price fixing will be addressed by a new regulatory body. “Scotland will continue to meet all EU rules and regulations designed to ensure competitive markets, and we will set up a competition authority to ensure these rules are applied,” the white paper says.
Haulage and distribution companies would also have to follow EU regulations.
Will bureaucracy go mad? The Scottish Government says it will not.
Energy, post, telecoms, rail and water will be regulated by a combined economic regulator. “This will reduce the number of regulatory bodies business has to deal with in Scotland, while increasing the consistency of decision-making,” it argues.
Health and safety measures already in place will continue. After independence, decisions on health and safety law, including corporate homicide, will be made by the Scottish Parliament.
Weights and measures will remain the same, as will the time zone, it says.