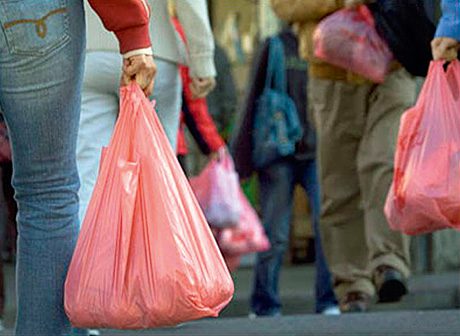 REPRESENTATIVES groups for Scotland’s large and small shops gave a cautious welcome to the news that retailers will have to charge for plastic carrier bags from next year.

In particular, the Scottish Grocers’ Federation welcomed the news that cash realised by bag charges would go to charities.
The Scottish Government announced last month that there will be a 5p levy on plastic bags from October 2014.
There are already charges in Wales, Northern Ireland and the Irish Republic.
Revenue from the charge will not go to the government but will be donated to charities. It is expected that £5m will go to good causes each year.
John Drummond, chief executive of the Scottish Grocers’ Federation was not surprised at the news. He said: “We believe that the charge is inevitable because other parts of the UK and parts of Europe are already charging some form of tax.”
The SGF had argued for the proceeds to be donated to charities and Drummond was pleased that was being done.
Scottish Retail Consortium director Fiona Moriarty said: “The Scottish Government has decided that it wants further and faster regulation and the only way it can achieve this is through legislation.
“However, it is our view that if we focus solely on plastic bags we are in danger of being distracted from much larger and more important issues around waste.
“The SRC will be working with the Scottish Government to ensure that the legislation is proportionate and as far as possible consistent across the UK to avoid confusion for customers and businesses.”