Morrisons and Tesco both drop by more than 3% as Aldi, Lidl and Waitrose push on

THE deep discounters continue their forward march in the slowest market for 11 years. According to the latest research by Kantar Worldpanel, over the last quarter Lidl and Aldi grew by 22.7% and 35.9% respectively, in a market that was up by just 1.7%.

Waitrose, recently named supermarket of the year by consumer magazine Which?, cemented its position at the top end of the high street. The John Lewis-owned chain recorded a 5.1% market share and growth of 6.1%.
Asda surpassed its biggest rivals, out-pacing the market with growth of 2.4%. The other big four multiples have all lost market share since this period last year, with Tesco and Morrisons recording sales drops of 3.1% and 3.9% respectively.
Among the smaller retailers, Iceland’s growth rate has dropped back to average market levels with its share remaining at 2%, whereas Farmfoods is mirroring the likes of Aldi and Lidl, growing sales by 27.1%.
Edward Garner, director at Kantar Worldpanel, explained: “Despite the wider market slowing, Lidl achieved a record share of 3.6% this period, accelerating with its highest ever year-on-year growth of 22.7%.
“Similarly, Aldi has gained 35.9% and retains its record 4.7% share reached last period.
“At Waitrose, managing director Mark Price’s tactic of being ‘everything that the discounters aren’t’ seems to have paid off for the retailer.
“By differentiating its offer, Waitrose has maintained its all-time record share of 5.1% secured last period.
“Meanwhile, Asda surpassed its rivals with a market-beating growth of 2.4%, lifting market share to 17.1%, compared with 17.0% a year ago.
“This makes Asda the only large grocer to grow share year on year”. 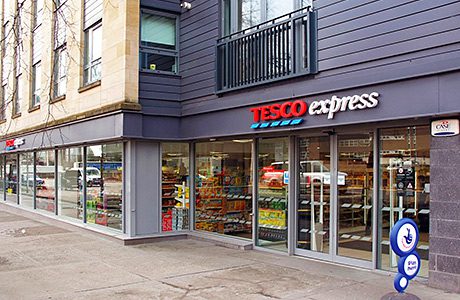