Functional drinks and glucose energy drinks provide some of food and drink retailing’s most valuable lines – sales growth in convenience stores has been substantial. And sports drinks seem to have been making a comeback too. But commercial life in the sector is becoming a bit more challenging, with increases in range and competition, substantial growth in category sales in multiple c-stores, and significant pressure on price. 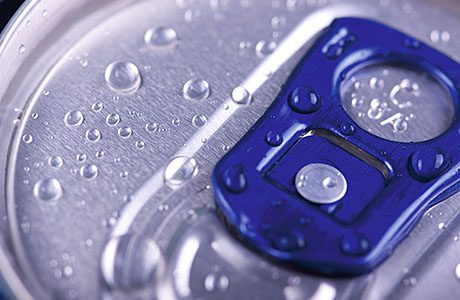 HOW big a deal for retailers is the functional, energy and sports drinks market? The answer is a very big deal indeed. Sales are substantial and are growing. And many of the most common consumer uses of the drinks encourage purchases from c-stores rather than supermarkets.

After a sticky period for sports drinks when it looked as if functional drinks, such as Red Bull, and established styles of glucose drinks, such as Lucozade Energy, would run away with all the sales medals, it now seems as if all three segments of the market are set to grow.
And there are new types of functional drinks bursting on to the scene, from smart water to juice-based drinks said to harness health benefits of certain foods and plants, like aloe vera.
However, success can bring its own challenges.
There has been an explosion of new product development including some new products, certainly, but probably even more brand extensions including new flavours, new sizes and sugar-free variants.
And value brands and own-label brands are much more visible than before.
So how is the market faring and what does it mean for retailers, especially c-store operators? 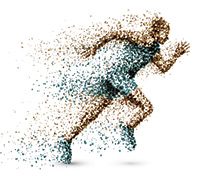 The Britvic Soft Drinks Review published a few months ago and reporting Nielsen findings for the year to just after Christmas 2013 showed that last year had been another very good year for functional and energy drinks (which it terms glucose and stimulant drinks) and that sports drinks had put in a better performance than in some recent years.
So far, so good. But the figures and the soft drinks company’s commentary also highlighted areas of concern for independent and symbol c-store retailers.
In impulse outlets the value of sales of glucose and stimulant drinks grew at a rate that easily outstripped overall soft drinks category growth. The drinks were up 6.8% and reached a total value in impulse of just over £491m.
That meant the functional and energy drinks had moved very clearly ahead of the other giant sub-category, colas, which was worth £453m after growing 4%.
But it’s important to note that volumes in impulse outlets were up even more. Total volume sold was up 9.2% and reached 192m litres. Put simply, each litre sold in 2013 had been out the door considerably cheaper than the year before.
That will be down to several things. If own-label and value brands are taking an increasing share of volume sales the price per litre overall is likely to drop.
But the main brands have been developing PMPs and participating in promos in a way that might have not been thought necessary in earlier years.
Of course, if an individual store is increasing volume sales in a way that ensures cash taken for the product is up then it remains sustainable.
But there could be some other concerns too, certainly for independent retailers.
For the Britvic Soft Drinks Review also showed that the large stores of the supermarket groups, which had until recently lagged well behind impulse outlets, and which have in recent times struggled to maintain sales levels of just about all products, actually outstripped small stores in functional and energy drinks growth last year.

The large shops saw the value of their glucose and stimulants drinks sales grow by 7.9% to £432m.
And that appears to have been achieved on volume sales increases of just 3.6%.
So while price per litre dropped over the course of the year in impulse outlets it was actually up in the big stores.
That could reflect more deals with the brands and less reliance on own-label lines.
And, of course, a considerable proportion of the sales that go through impulse stores will be taken by the fast-expanding convenience-store-sized shops being opened by the multiple retail giants.
The Britvic report doesn’t separate multiple impulse outlets from independent operators when it reports on the impulse channel.
However, in its general commentary it said that for soft drinks overall while convenience stores had witnessed the highest soft drinks value and volume share increase – rising by 8% – it was multiple impulse stores (the likes of Tesco Express and Sainsbury’s Local stores) that had been key to that growth, with value and volume sales of soft drinks growing in those types of store by 7%.
Independents on the other hand had faced another challenging period, the report said, “experiencing a relatively flat year in terms of soft drinks and declining by a slight 0.8% in value and 1% volume”.
It would probably be reasonable to think that functional and energy drinks sales in independent and symbols stores will have been affected by the pressure from the giants as part of that overall soft-drinks squeeze.
On the other hand, the underlying trend, perhaps boosted by the multiple retailers’ multi-track strategies, is towards drink-now consumption and that could help all impulse outlets – especially on lines like energy drinks, which have been popular as drink-now lines for some time.
“Whilst deferred purchases retained the prominent share of soft drinks in the UK grocery and convenience channels, immediate purchases rose by 9% in value and 7% in volume, again suggesting that shoppers were increasingly looking for soft drinks to meet on-the-go consumption and out-of-home refreshment needs,” the Britvic review said.
“Within the total grocery and convenience sector, the segment was driven by Lucozade and Red Bull, retaining its position as third biggest within soft drinks, and increasing value sales by 7%,” the review commentary said.
“Red Bull outperformed Lucozade rising 7% to more than £252m in value sales. However, Lucozade held fast as the segment’s best seller with a 32% share and value sales of over £296m.

“Both Monster and Mountain Dew experienced growth, growing ahead of the category at more than 20% in value sales, as well as increasing volume sales. The demand for value-focused offerings meant that Rockstar emerged as the segment’s star performer growing by 84% in value and 90% volume.”
Sports drinks lagged behind the other two sub-categories but appear to be doing better than before.
Value sales in 2013 were said to be flat in impulse outlets, though volume sales were up – so price per litre fell.
In analysis reported earlier this year in Scottish Grocer, international research firm Mintel forecast further increases in energy drinks’ sales but argued that suppliers will have to provide still more variety to keep consumers happy.
The analyst’s Sports and Energy Drinks Report noted the substantial growth achieved by sports and energy drinks between 2008 and 2013 – when UK sales increased in value by an estimated 55% to reach £1.5bn and by 39% in volume to reach 686m litres.
However growth had slowed considerably since its peak in 2011, mainly because of the relatively weak performance of sports drinks, it said.
For the full year of 2013 the analyst was predicting “muted” growth of 5% value and 2% volume. However, the analyst expects sales value to grow 37% and to reach £2bn by 2018, partly because of the expected rise in numbers of people aged 25-35, which it sees as the drinks’ core consumer group.