Like-for-like totals slump by 3.7% in May as cost-slashing promotional deals take their toll. 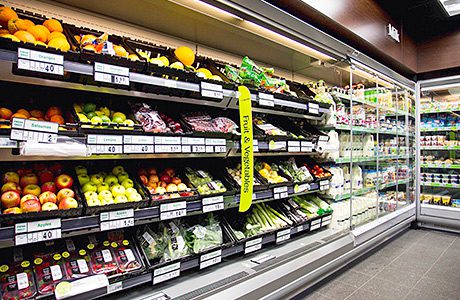 EXTENSIVE discounting plus poor weather added up to a disappointing May for Scotland’s food retailers. According to the Scottish Retail Consortium (SRC) and accountants KPMG, like-for-like sales for are down by 3.7% on last year.

Over the last three months, total food sales declined by 1.6%, in contrast with a 12-month average growth of 1.3%.
David McCorquodale, head of retail at KPMG, said: “May’s figures in Scotland are disappointingly weak due to three factors: a competitive grocery market, mixed weather and localised caution when spending on bigger ticket items.
“Discounts offered by grocers are being snapped up by cost-conscious consumers. But from the retail viewpoint these are depressing sales and, consequently, margins. And the situation is likely to persist in the short term.
David Lonsdale, director of the SRC, added: “Despite the return of shoppers to Scotland’s high streets last month, the growth in footfall simply didn’t filter through into an increase in the overall value of retail sales. Scottish consumers clearly remain cautious.
“Continuing keen prices and promotions ensured that the total growth of sales in Scotland was weaker than across the UK as a whole.
“Retailers will of course work hard to ensure this slowdown is only temporary. Government at every level can assist by pursuing policies which put money into people’s pockets.”