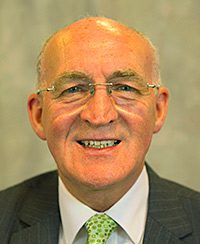 HARRY Cairney has been elected president of Scotmid Co-operative. His appointment follows the death of Hollis Smallman in February; he was acting president during his predecessor’s illness.

Cairney has been associated with Scotmid for 41 years, beginning with Prestonpans Co-operative. He has been a Scotmid board member since 1998 and served as vice president from 2009 to 2013.
Cairney said: “It is a huge honour to become president and to follow in the footsteps of Hollis. He has left a great legacy and I am determined to ensure that this society continues to go from strength to strength.”
Jim Watson becomes Cairney’s vice president. He has a 40-year track record with Scotmid.