MARS Chocolate UK is going nuts for Brazil this summer after launching a Peanut M&M’s campaign to celebrate the South American country’s party spirit ahead of the World Cup.

Limited-edition Peanut M&M’s will be available in the colours of the Brazilian flag – yellow, green and blue – and will feature an on-pack promotion.
The special packs will offer consumers the chance to win prizes including a weekend in the M&M’s Ultimate Brazilian Party house as well as thousands of Brazilian party packs.
The limited-edition pack is available in countline-sized bags and sharing-sized packs.
Tony Lorman, retail excellence director for Mars Chocolate UK, said: “We are delighted to be launching the new campaign with M&M’s as Brazil’s party fever begins to hit the UK.
“As we saw during the Olympics and the Jubilee, these key moments bring friends and families together and create more sharing moments.” 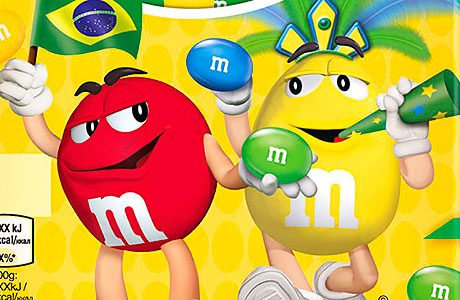