STEAK and chips? Spicy aubergine? Or chicken kiev?
Crisps brand Walkers has unleashed the latest version of its on-pack promotion that offers consumers the chance to net themselves £1m by creating a new flavour for the brand.
PepsiCo says there were 1.2m entries to the original ‘Do Us A Flavour’ competition in 2008.
Promotional packs and in-store, online and TV advertising presents retailers with a huge opportunity to grow sales, says the company.
In a twist on the original competition, consumers will be challenged to include a home-grown element in their flavour Six finalists will be chosen, their flavours will be produced as crisps by Walkers and sold from July, and the winning flavour of the six will be announced later in the year. 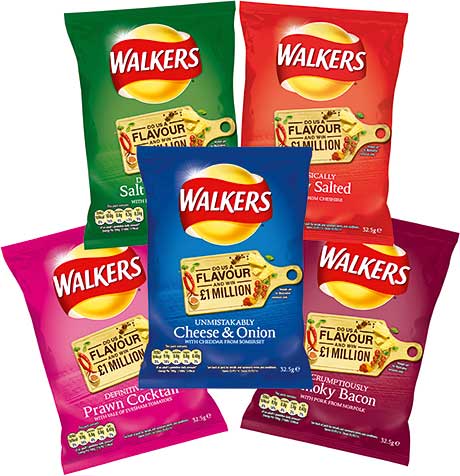