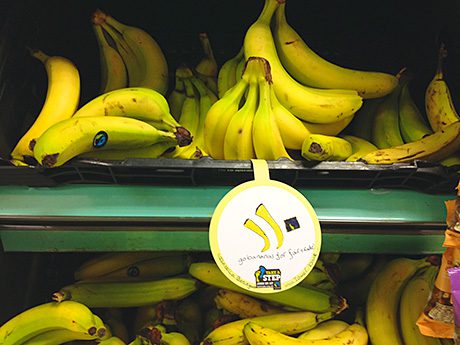 THIS month sees the return of Fairtrade Fortnight and retailers are being encouraged to go bananas … and tea … and coffee … and chocolate … and more for 2014.

It’s the second of the annual festivals of ethical international trading and local retailing since Scotland was declared the world’s second fair trade nation (Wales was the first). The two countries met criteria set by the Scottish and Welsh governments in 2006. In Scotland’s case those included, among other things, having all its cities (which numbered six at the beginning of the process but became seven when Perth was declared a city in the Queen’s Jubilee year of 2012) and 18 out of 32 councils achieve Fairtrade status.
This year, Britain’s Fairtrade Fortnight – run by the Fairtrade Foundation – takes place between 29 February and 9 March.
The Fairtrade mark is celebrating the 20th anniversary of its UK launch this year. It all started back in 1992 when the Fairtrade Foundation was established by CAFOD, Christian Aid, Traidcraft and the World Development Movement, who were later joined in the project by the Women’s Institute.

In 1994 Fairtrade kicked off with consumers collecting till receipts and presenting them to major supermarkets to call on them to stock Fairtrade products.
These days the Fairtrade Mark can be found on everything from tea and coffee to bananas, chocolate, flowers, wine and gold.
As part of the organisation’s 2014 push, retailers are being encouraged to stock up on Fairtrade items in a bid to inspire consumers to make the swap from their usual brands to ethically traded products.
Fairtrade has become big business. The Foundation says the UK is currently the biggest Fairtrade market, with more than £1.5bn spent on Fairtrade products in its nations and regions in 2012. 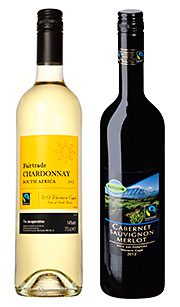 Over that year people in the UK drank 2bn cups of Fairtrade coffee, ate 1.3bn Fairtrade bananas and drank 3.2bn cups of Fairtrade tea. In 2012 25% of all roast and ground retail coffee in the UK was Fairtrade certified.
It also says that awareness of the Fairtrade mark has risen from 25% in 2003 to 78% in 2013.
Barbara Crowther, director of policy and public affairs at Fairtrade, said: “When the first products with the Fairtrade mark appeared 20 years ago, industry commentators predicted a temporary fad that wouldn’t last or become mainstream. Today Fairtrade is part of the fabric of British society and the leading ethical label in the UK and the world.
“We are proud that it is also the only ethical certification that is co-owned by producers in developing countries. With that comes even more responsibility to drive even greater impact for small-scale farmers and workers, and our 20th anniversary is a time to recommit to a greater transformative change for the future,” she said.