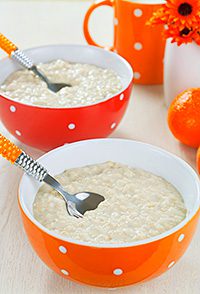 NEW research from Mintel shows that almost one in two Britons (49%) are porridge eaters.

And some 23% of porridge users have a bowl of the oaty stuff nearly every day.
Porridge appreciation peaks among those aged between 45 and 54 – with 56% of that group consuming the cereal. But the research firm reckons porridge is also attracting a younger audience, with almost four in 10 (39%) of 16-24 year-olds reporting that they also enjoy their oats. Overall UK sales of hot cereals increased from 65m kg in 2008 to 81m kg in 2013.