The UK Supreme Court has ruled on an appeal by a local authority in a case about use-by dates on food that hadn’t actually required a use-by date.

What will it mean for retailers? 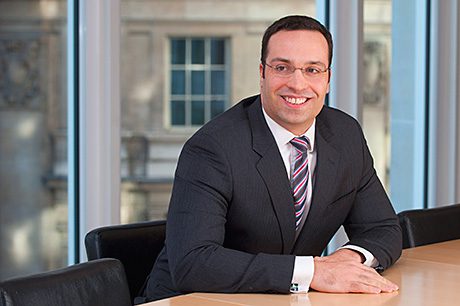 Under the Food Labelling Regulations 1996, food that is on sale must be marked by an appropriate durability indication such as a ‘best before’ date. Where food is, from a microbiological point of view, highly perishable and after a short period of time will constitute an immediate danger to human health, it should be labelled with a use-by date in accordance with Regulation 2(b).
In order to protect consumer welfare, if an individual or company “sells any food after the date shown in a use-by date relating to it” an offence will be committed under Regulation 44(1)(d).
The case against Douglas Willis was first heard in the magistrates’ court, and stated that the prosecution needed to show that the date that the food was sold was after its use-by date, and the food was highly perishable and constituted an immediate danger to health. As the food was frozen, which stops microbiological decomposition, it wasn’t highly perishable and so did not require a use-by date. The prosecution had failed to supply any evidence that suggested the food had in fact been frozen after the use-by date – ie when the food would have been in a highly perishable state. The magistrate dismissed the case. The local authority appealed.
On appeal, the High Court found that the prosecution didn’t need to prove the food was highly perishable at the date of the alleged offence, but did need to show that at some point the food had required a use-by date, and that that date had passed before it was sold. Again, the prosecution had offered no evidence in this respect, and the appeal was dismissed. Torfaen CBC appealed to the Supreme Court.
The Supreme Court rejected the approaches of both the magistrates’ court and the High Court, stating that an offence occurs whenever food is sold after its use-by date, and that the prosecution needs only prove that the defendant:
• had food in its possession for the purpose of sale
• the food was the subject of a mark or label showing a use-by date
and
• that date has passed.
The Douglas Willis case was the first time the appellate courts had had to consider whether an offence would occur even if the product labelled with a use-by date didn’t actually require it.
The Supreme Court took the opportunity to clarify that in the Food Labelling Regulations 1996 Regulation 44(1)(d), the words ‘relating to it’ should be read to mean ‘on it’, and so the fact that a use-by date is provided is sufficient for an offence to be committed should the food be sold after that date.
This interpretation of the legislation means that if a retailer were to defrost and sell food after the original use-by date, an offence will have occurred regardless of the fact that there is no risk to human health. As a solution to the issue, the Supreme Court concluded that the retailer should take advantage of the provision in the Regulations allowing them to adjust the use-by date if the labeller’s express written permission is provided.
The Supreme Court has made its position clear – if a retailer or food producer allows food to remain on sale past the point of its use-by date, irrespective of whether that label is required or not, an offence will be committed.
Anyone selling food then needs to be extremely vigilant, ensuring they have robust due diligence systems and checks in place, notwithstanding human error, to ensure that only products within their use-by dates are offered for sale.
• Dominic is head of the food sector group at business law firm DWF