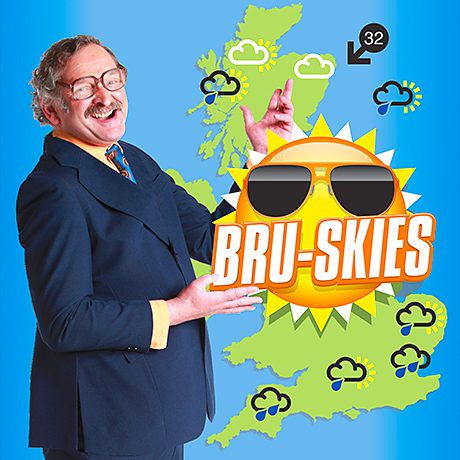 AS Mark Thomson’s analysis on page 40 pointed out, Scottish consumers are very keen on soft drinks.

And soft drinks is certainly a category where the home market isn’t short of home-based producers. Indeed Irn-Bru from AG Barr is both one of the very biggest soft drinks brands and (outside of alcohol) the Scottish food and drink brand with the highest sales figures in Scotland.
And the company says it’s playing its part to ensure that Scotland’s love of its brands remain strong with a package of current activity that combines trade and consumer marketing support, new product development, advertising and promotions across its range.
And it reckons convenience retailers, especially, should give prominence to Irn-Bru, which it says is the biggest drink-now brand in Scotland’s Impulse outlets.
“Consumers are heavily inclined to buy Irn-Bru on the go,” said Adrian Troy, head of marketing for AG Barr.
“Retailers should use Irn-Bru’s strong-performing 250ml, 330ml, 500ml and 750ml formats as beacon brands on the fixture as they meet shoppers’ needs and will attract consumers.”
A G Barr is backing Irn-Bru with a six-month programme of marketing support over the summer months, spearheaded by three new television commercials.
The £2m Irn-Bru Gets You Through campaign features special packs, dedicated POS, a new website and social media support as well as the TV campaign. 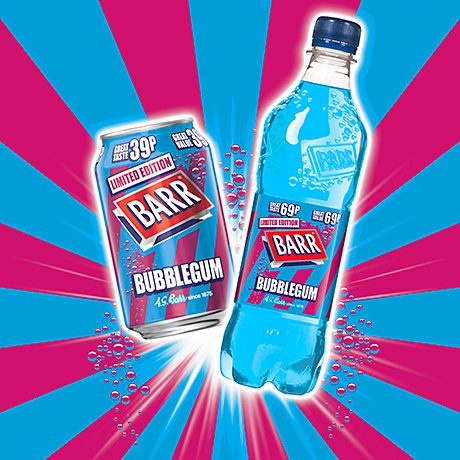 The brand also launched Bru-Skies an on-pack promotion giving consumers the chance to win one of over 5,000 prizes every day until the end of this month.
And, beyond Irn-Bru, the Barr brand made its TV debut this year with a £1m campaign showcasing the different drinks in the range.
The brand recently introduced a special limited-edition flavour, Barr Bubblegum, available until early October.
Blantyre company, Dunns Food & Drinks has seen distribution for one of its well-established Scottish carbonated drinks soar in recent months.
Currie’s Special Red Kola is now available in every Asda store in Scotland following a successful three-month trial by the supermarket. The brand, which was initially in 16 of the company’s stores, sold more than 400,000 bottles, which led to Asda taking the brand into all its Scottish shops. 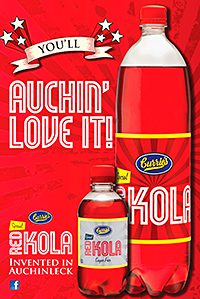 Currie’s Special Red Kola has a strong following in Ayrshire which once housed the Currie’s factory.
Following a decision to roll the brand out nationally, Dunns Food and Drinks, sought listings from major supermarkets and wholesalers, and to date it is listed in Waitrose, selected Co-op stores, Premier Stores, Keystores and local shops, with Asda the largest listing for the brand so far.
Jim Rowan, managing director of Dunns Food & Drinks, said: “Currie’s Special Red Kola has an extremely loyal consumer base, particularly in Ayrshire, where we sell over 1.5 million bottles every year. We are now delighted that consumers throughout Scotland will be able to buy the brand in Asda and find out why it is so popular with our Ayrshire consumers.”

Images – Above, Born in Glasgow, Irn-Bru is Scotland’s highest retail value Scottish food and drink brand in Scotland, outside of alcohol. It now sits at the head of an AG Barr range which also includes, for a short time, the limited-edition Barr Bubblegum carbonated soft drink. Right, Born in Ayrshire, Dunns Food And Drinks’ brand Currie’s Red Kola is now being rolled out across Scotland.