TWEETS viewed to include words that could be considered racist or homophobic and which mentioned violence and drugs led to the resignation of a youth police and crime commissioner, and a furore over comments that Lady Thatcher’s death was “87 years too late” saw a police sergeant hand in his notice. 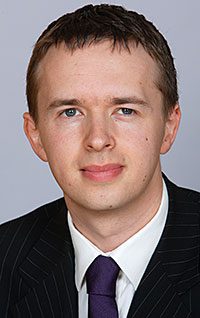 The capacity for social media to bring out the worst in people never ceases to amaze but what can employers do about it?
There are two key issues that arise from the resignations. First, what can you look at before someone begins working for you and, second, what can you do about tweets or other online postings by someone once they are in your employment?
A growing number of employers in the United States are reportedly asking for passwords from job applicants, so they can check individuals’ social media accounts before a decision is made to hire. While this would be an absolute no-no here, what about a sneaky wee Google search, just to find out if the person you are recruiting really is the right person for your business?
Tempting though this might be, the most obvious risk is that it could throw up all kinds of information that, for very good reasons, we try to avoid as part of recruitment, including the person’s age, race, marital status, health, sexuality, religion or beliefs. If a discrimination claim is later brought by an unsuccessful candidate, you could easily find yourself on the back foot, trying to explain how this irrelevant information had no actual impact on the decision-making process.
Similarly, under data protection law, employers need to be open and transparent with job applicants as to what information will be held and processed, ensuring that such information is relevant and not excessive.
It may, therefore, be a better option to avoid pre-employment social media snooping.
But what about taking action during employment, perhaps when a Facebook “friend” reports their colleague for some ill-advised comment? A recent example of this is a case against DIY retailer B&Q. An employee who felt particularly hot under the collar posted on Facebook that his place of work was “beyond a f****** joke”. He was dismissed, raised a claim for unfair dismissal against his employer and was successful.
The case illustrates that an employee’s breach of an employer’s rules on social media will not necessarily be sufficient to justify their dismissal. The tribunal acknowledged that the employee had breached the company’s policy. However, the key issue was whether the employee’s comment had posed a threat to the business. Although the employee had mentioned his intention to do “some busting”, the tribunal did not accept the company’s evidence that the comments related to the employee’s intention to damage company property. As such, the decision to dismiss was not within the range of reasonable responses and was unfair.
Another recent case indicates that dismissal can also be justified where an employee uses social media to make a threat against another employee. A customer service adviser frequently referred to his workplace as “Dante’s Inferno” on Facebook, suggesting it was like a journey through Hell. A colleague reported the comments to his line manager and the employee was warned about the posts. The employee took to Facebook again, this time making threatening comments about the colleague. The company decided to dismiss. The tribunal backed the employers and held that the dismissal was justified on the grounds of reputational damage and bullying.
If you do decide that a quiet word is not enough and disciplinary action is necessary in such circumstances, you should focus on the effect it will have on the business and staff, rather than just the content of the posts. Action should only be taken where there is clear evidence of damage – for example, negative media attention or complaints by colleagues or customers.
Setting social media rules and ensuring everyone lives by them is crucial if online postings outwith work are to be prevented from having an effect on an individual’s employment. Understanding the emerging social media landscape and its potential impact in the workplace will become increasingly important, as employers and staff struggle to find the right balance.

Alan Delaney is an associate in the employment & pensions team at Maclay Murray & Spens LLP and a member of the firm’s food and drink team.

Got a legal query or another business question? Get in touch with Scottish Grocer and we’ll ask one of our expert contributors.
Contact patrick.duffy@peeblesmedia.com
0141 567 6074