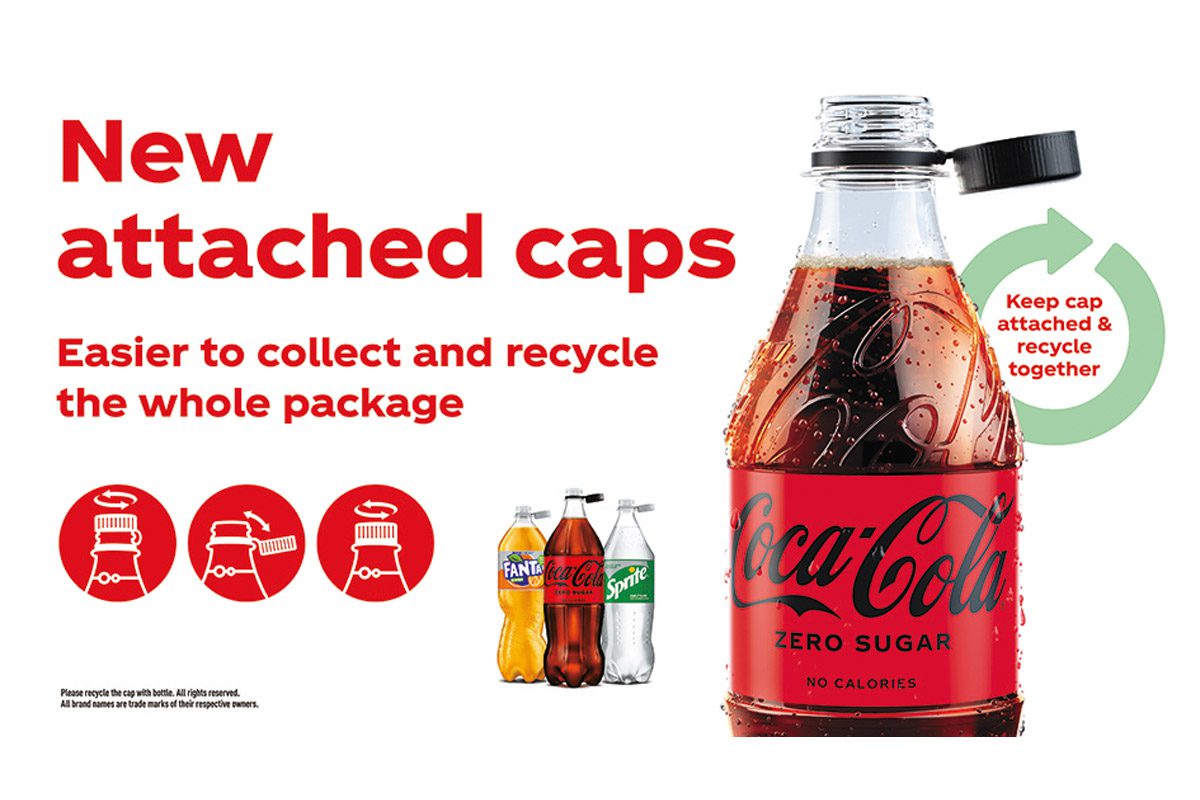 Production of the attached cap plastic bottles is being pioneered in Scotland, at CCEP’s site in East Kilbride.

Consumers in Scotland and the North of England should now start to see new caps attached to 1.5l bottles of Fanta, Coca-Cola Zero Sugar and Diet Coke. South of the border, manufacture is expected to commence in North London later this year.

All Coca-Cola’s bottles, including caps, are 100% recyclable.