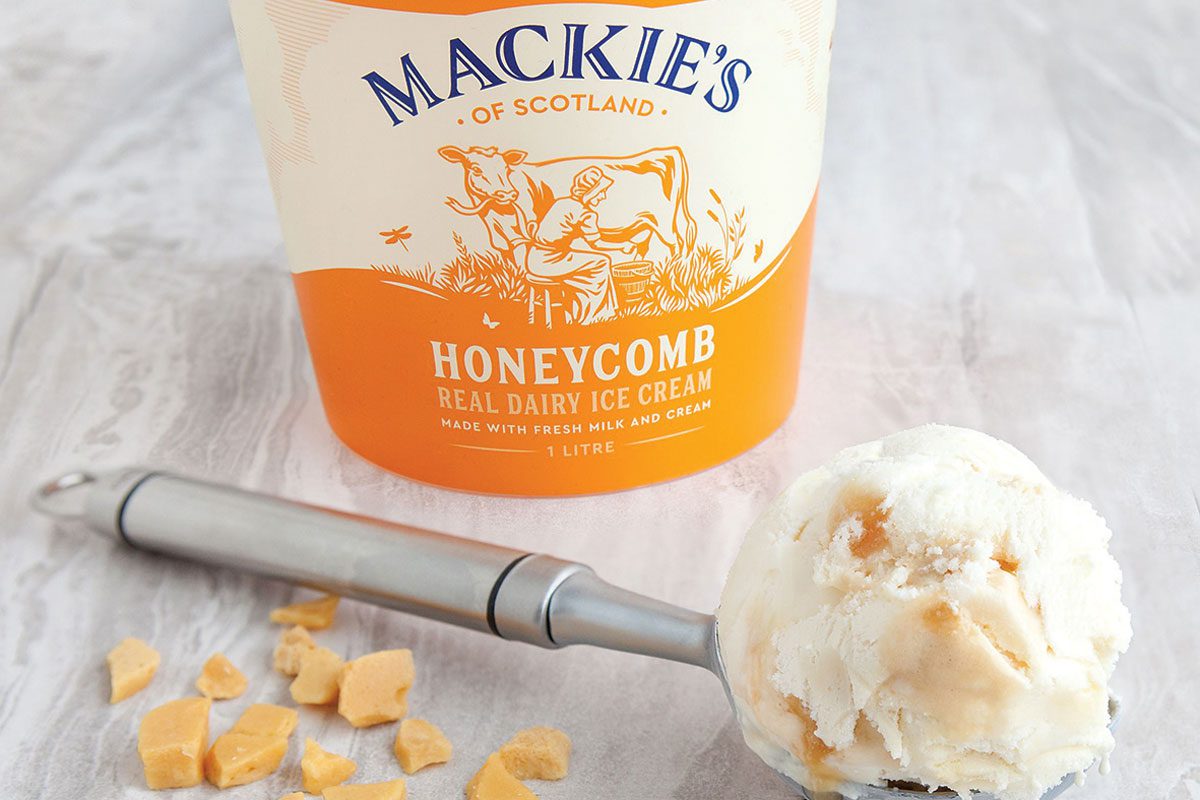 FOLLOWING a successful turn on the small screen, Mackie’s of Scotland has secured an expanded Sainsbury’s listing, extending to stores south of the border.

The firm’s Honeycomb and new Strawberry Swirl ice creams are now available in 500 of the supermarket’s stores across both England and Wales.

This follows on from the firm’s appearance on BBC’s ‘Inside the Factory’ which Mackie’s said helped to increase sales for its Honeycomb variant by more than 200% after the programme aired in February.

Stuart Common, sales director at Mackie’s, said: “We are delighted with both the take-up and feedback from Sainsbury’s who have decided to add our newest flavour and a well-established favourite to its portfolio.”