FARESHARE’s campaign to cut food waste in the UK has been picking up steam, after 53 MPs publicly backed its efforts in a letter to the Prime Minister.

The food poverty and waste charity has been calling on the UK Government to revive a previous funding scheme – or rise seeing millions of meals go to waste.

The #FoodOnPlates campaign is pushing for the reintroduction of ‘Lifeline’ funding. Launched in 2018, Lifeline offered farmers financial support to cover the cost of getting unsold food to charities.

In their letter to the Prime Minister, 53 MPs representing both sides of the House of Commons called for a £5m a year fund to offset the costs of redistributing food from farmers and businesses to charities. According to Fareshare, this would help the UK mitigate 124,378 tonnes of carbon.

Lindsay Boswell, chief executive of FareShare, said: “In 2019, the Government demonstrated a bold commitment to tackling food waste, with a successful trial that diverted millions of meals’ worth of great quality food from British farms to frontline charities providing care and support to vulnerable families.”

Neil Parish MP, chair of the UK Parliament’s environment, food and rural affairs committee, said: “The food that FareShare delivers to community organisations up and down the country is a lifeline for so many families.

“It’s heart-breaking that good, healthy food, from growers and producers is being wasted in this country when it could be being put to good use by an existing network of almost 11,000 food-providing charities, such as pantries, breakfast clubs, refuges and older people’s lunch clubs.” 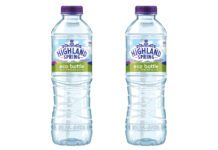 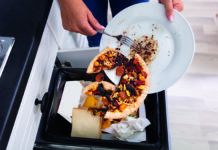 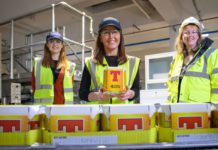 Agreement in time for COP