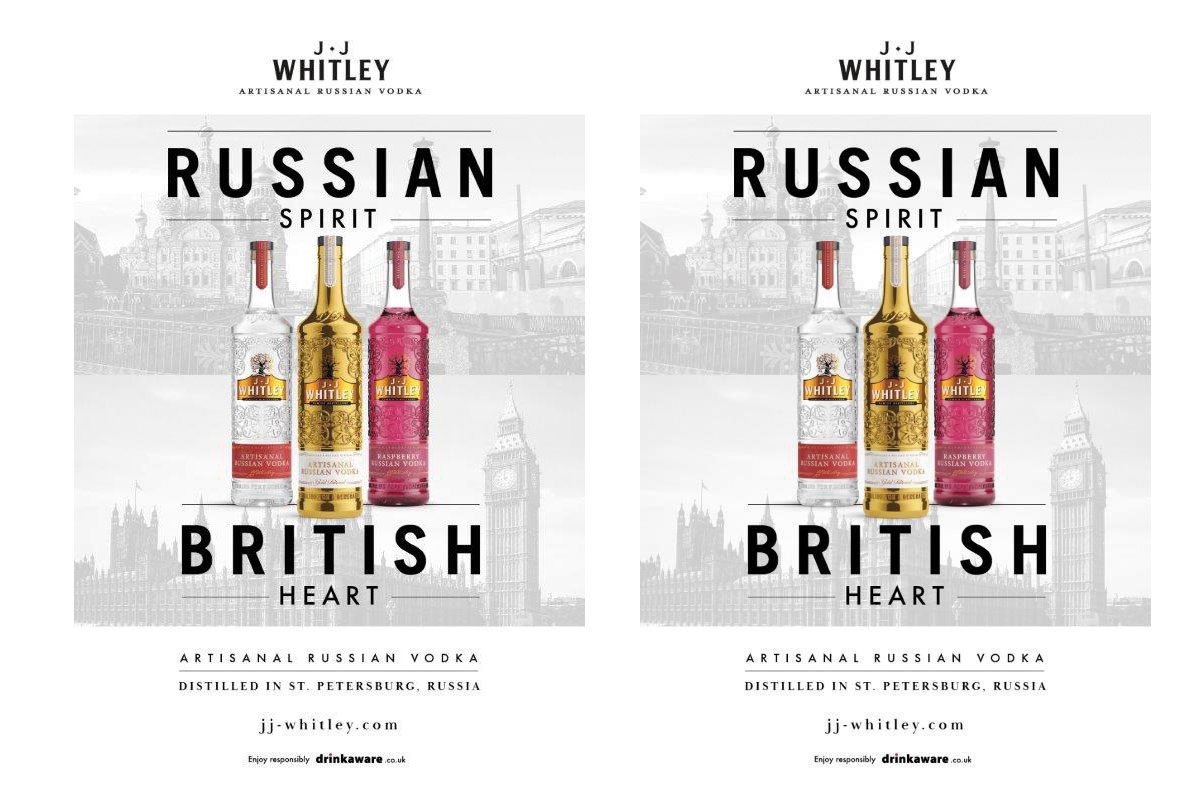 RUSSIAN provenance is at the heart of the latest marketing campaign for JJ Whitley vodka.

Production of the vodka brand was moved to a £3 million distillery in St. Petersburg in 2019, and the new campaign pays homage to the brand’s Russian home, as well as its British heritage.

As part of the marketing blitz, JJ Whitley has made its TV debut, as sponsor of Sky One’s ‘Nights In’ programming throughout August. The £3.5 million campaign will run until December and will also feature outdoor advertising and digital and print advertising.

Simon Jackman, senior global manager for white spirits at Halewood Artisanal Spirits, the firm behind JJ Whitley, said: “It’s fantastic to see such strong growth for the JJ Whitley Vodka range over the past couple of years, and our new ATL campaign is now set to further drive brand awareness over the next six months, celebrating both its rich distilling heritage and quality Russian liquid.”