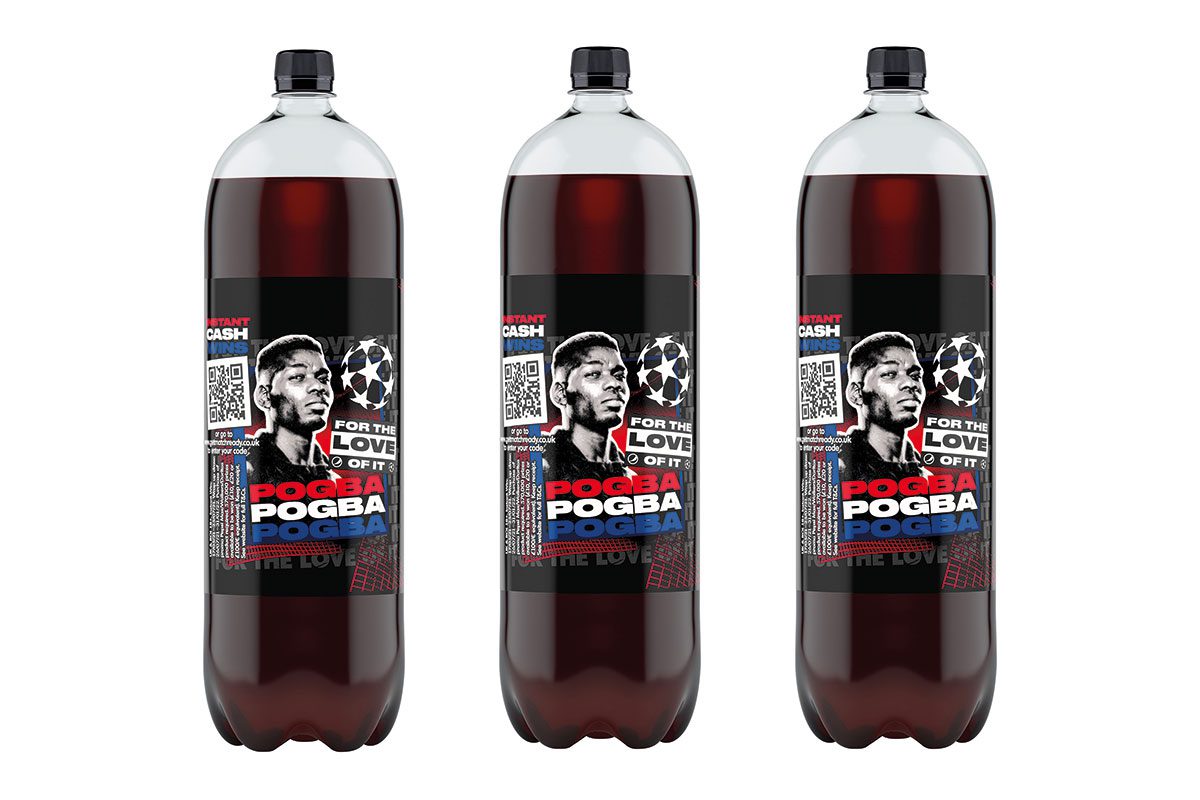 A RAFT of cash prizes are on offer through a new on-pack promotion for Pepsi Max.

Cash prizes of £10, £20 or £100 will be on offer to consumers until the end of July  as part of Pepsi Max’s sponsorship of the UEFA Champions League. The promotion is running across take home and on the go formats, including main packs; 330ml cans, 500ml and 2L bottles.

To win, consumers should scan the on-pack QR codes which will direct them to a Facebook Messenger chatbot to inform them if they have been successful or not.

As part of the campaign, the faces of famous footballers are being displayed on packs. The promotion is supported by TV and social marketing campaign.

A spokesperson for Pepsi Max parent company Britivic, said: “At a time when football will be front of mind and when soft drinks sales are expected to spike during the summer period, the world-renowned players on-pack will be instantly recognisable to shoppers. The promotion will help drive sales among both new and existing shoppers.”