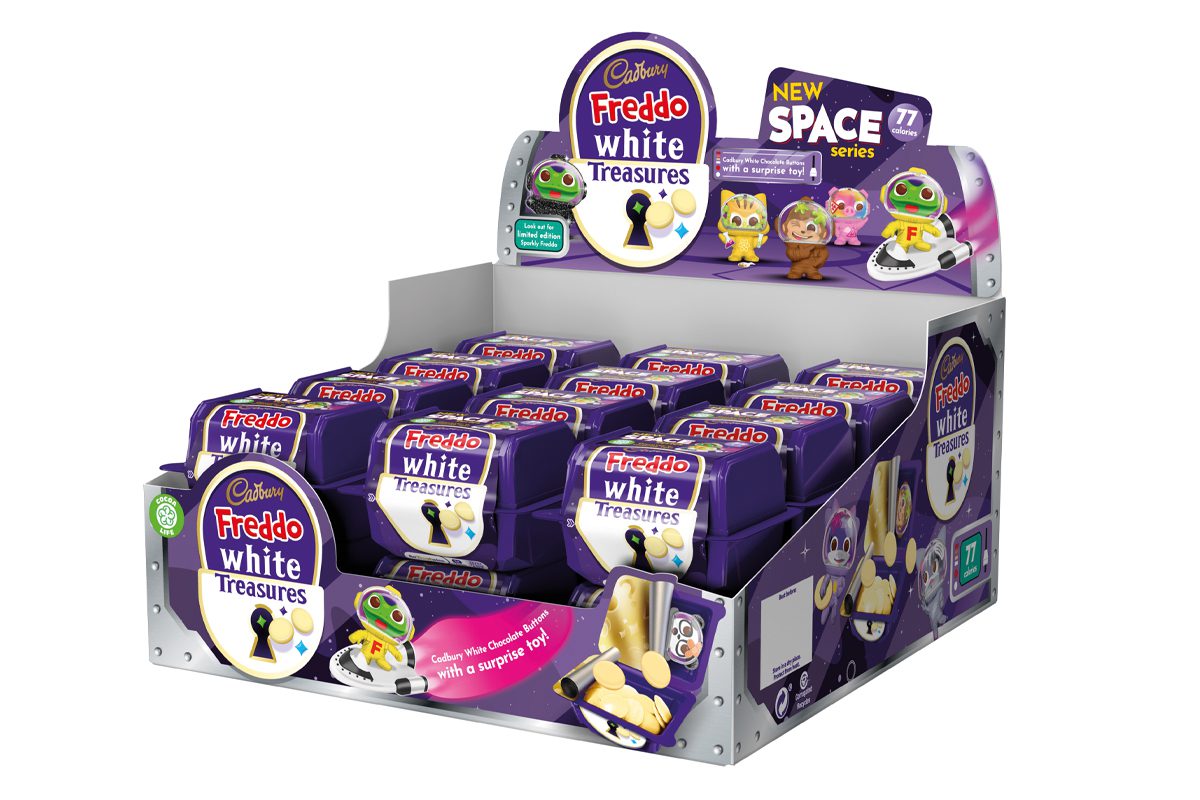 MONDELEZ has taken frogs to space with its latest launch.

Cadbury Dairy Milk Freddo Treasures was launched in 2019 with a focus on offering a treat under 100 calories. The Space range continues this, with only 76 calories per pack.

“We’re confident that the new Space range will continue the success of this incredible new product.

“In consumer testing, our Space series theme surpassed the performance of our first series, Hunters. We know that it’s going to drive real excitement among shoppers and the space theme gives retailers the chance to create impactful displays in store.”