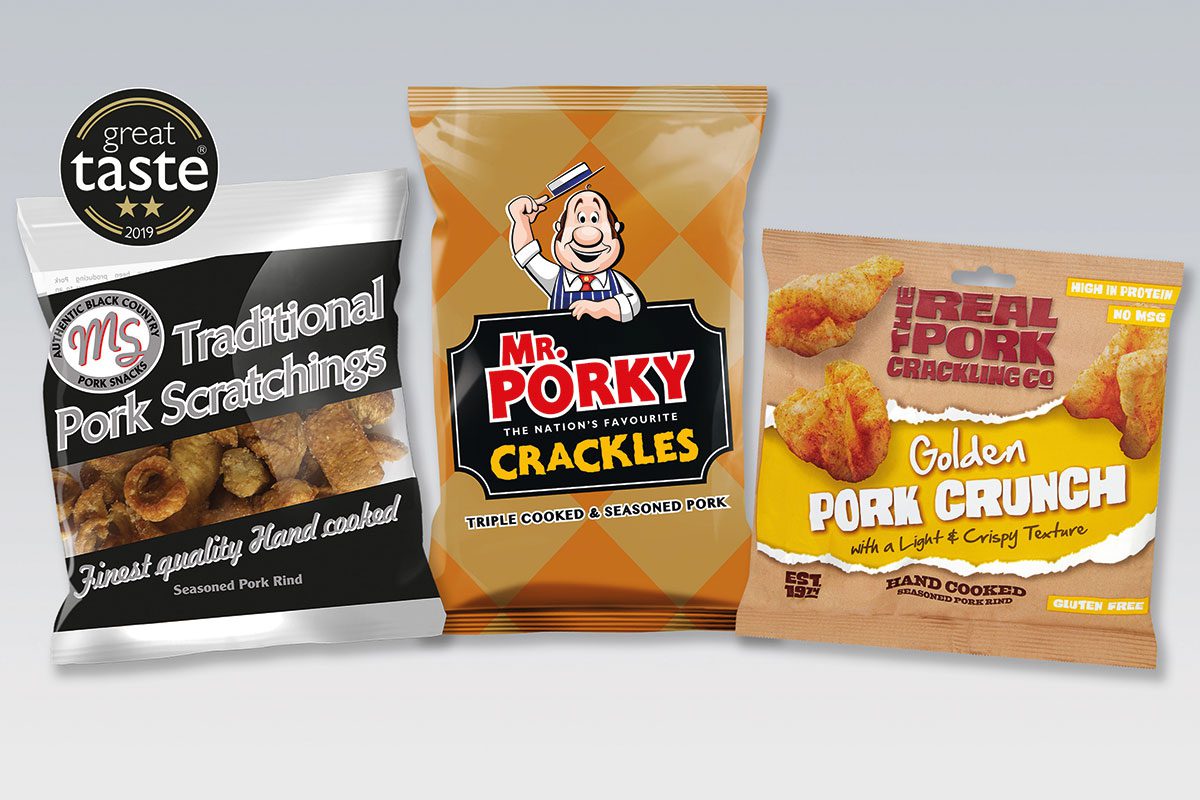 PORK snacks have been flying off the shelves in symbols, according to Tayto Group.

The firm behind Mr Porky revealed that pork snacks have experienced double-digit growth in the past year across Scottish symbol and independent stores.

Matt Smith, marketing director at Tayto Group said: “Pork scratchings have seen a resurgence and although sometimes overlooked, they offer an exceptional opportunity for incremental sales as consumers love them and, being VAT-free, retailers can benefit from strong margins.

“Our research highlighted that consumers really crave the unique flavour and texture of pork scratchings that just isn’t delivered by other snacks.”

And when it comes to pack format, Smith suggested price-marks may not be as important to the meat snacking category as others thanks to a lack of promotions.

Smith said: “As meat snacks are rarely on promotion in supermarkets, PMP’s aren’t as critical in the meat snacks category as core crisps and snacks.

“Also, because of the highly impulse nature of pork snacks, they are less price-sensitive and so retailers can boost their margins.”