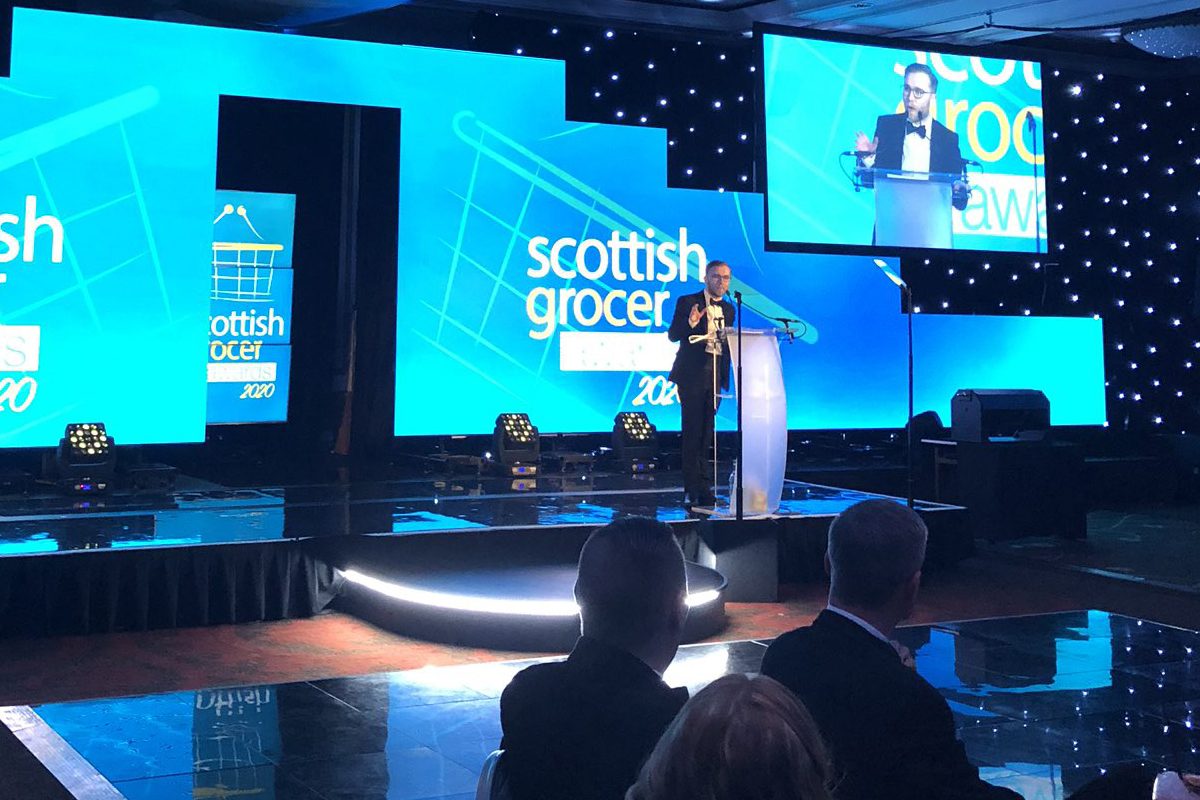 Retailers and staff were out in force for the Scottish Grocer Awards 2020 – and what a night they had. The best and brightest of Scottish convenience retail gathered at Hilton Glasgow for the gala event, hosted by Scottish comedy star Craig Hill.

The evening’s biggest prize was awarded to Franco Margiotta of Margiotta stores in Edinburgh. Margiotta, who emigrated to Scotland in 1957, has built up an estate of seven stores in the capital since purchasing his first shop on Warrender Park Road in 1989. Long a favourite of students and locals alike, Margiotta’s chain of stores continue to thrive in an increasingly competitive marketplace.

Other winners on the night included Ayrshire retailer Ian Mitchell, who was named Entrepreneur of the Year. The award recognises retailers who have shown real entrepreneurial spirit and Mitchell was praised for his exceptional stores in Ayrshire. Mitchell operates three stores in Ayrshire: Premier Drongan; Premier Woodpark Stores, Ayr; and Premier Girvan.

A total of 20 awards were handed out at the ceremony, with winners hailing from across Scotland. Scottish Grocer trophies were secured from Moniaive in Dumfries and Galloway to Drumnadrochit on the shore of Loch Ness. The full list of winners is available below.

Scottish Grocer editor Matthew Lynas said: “The Scottish Grocer Awards is a celebration of some of the finest convenience stores in the country. Each year we are blown away by the ingenuity and dedication of Scotland’s retailers and 2020 was no different. Despite challenging market conditions, Scotland’s independent convenience retailers have proven yet again that they are a valuable assets to their communities. This year, Scottish Grocer judges witnessed impressive support for local causes, innovative new sustainable business practices, and inspiring levels of care for elderly and vulnerable customers. It’s a humbling experience to be surrounded by such talented and committed individuals. Congratulations to all of our winners and highly commended finalists.”