Many existing adult smokers want to kick the habit, but with poor first time success rates, vaping could be an invaluable tool 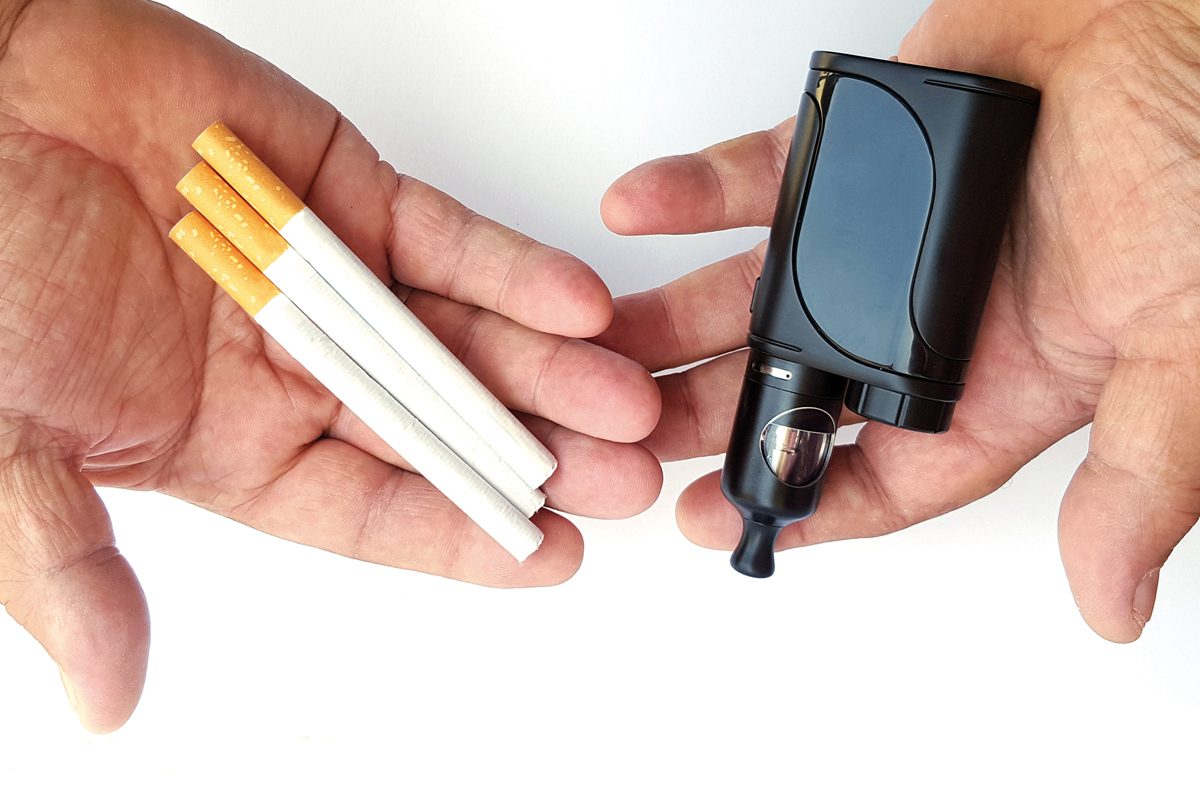 DESPITE the efforts of health professionals and a punishing taxation regime, almost one in six Scottish adults still smoke cigarettes.

Scotland has the highest smoking rate in the United Kingdom, at 16.3% of Scottish adults compared to 14.7% for the UK as a whole.

Quitting is notoriously hard and while 58.4% of smokers aged 16 and over in Great Britain say they want to quit, many have never tried an e-cigarette before.

The use of e-cigarettes as a tool to quit smoking is one that has become increasingly popular with governments.

South of the border, Public Health England has been fairly vocal on the subject, claiming that vaping improves success rates for those trying to quit.

Here at home, the Scottish Government has banned tobacco products from prisons, offering inmates e-cigarettes as a smoking cessation tool.

Despite these developments, vaping brand MagicMist reckons retailers are missing a trick by not making more of the potential benefits e-cigarettes can offer those looking to quit.

A spokesman from the firm said: “E-cigarettes have performed very poorly to attract only 18% of smokers in over a decade, especially considering they are around 70% cheaper and 95% healthier than cigarettes, according to Public Health England.

According to MagicMist, the reason smokers are not switching on to e-cigarettes is down to a sense of realism. Many smokers claim vapes are “not realistic enough” and “don’t deliver enough nicotine.”

But MagicMist reckons its got a solution that should help switch smokers onto vaping.

The brand has created two systems that it claims give smokers what they are looking for – offering maximum ‘realism’ and maximum nicotine.

MagicMist’s Nic-Hit Pro uses a nicotine solution that delivers the addictive chemical to smokers much faster than traditional vapes – much like a cigarette.

And the brand’s Realism Pro vape is designed to produce thicker smoke than a traditional e-cigarette, in a bid to replicate the ‘throat hit’ associated with smoking a cigarette.

Both MagicMist vape systems use pre-filled refills, which while easy for the customer to use, should also drive weekly repeat purchases, according to the firm.

The spokesman said: “Pre-filled refills are vital for smokers. Otherwise they see e-cigarettes as fiddly, complicated and messy, while cigarettes are super-convenient – just take one out the pack and go.

“Most e-cigarettes are refillable, so e-liquid has to be filled in which inevitably gets on customers hands. Not only is this sticky and horrible, it’s also dangerous as nicotine is toxic to skin.

“In refillable systems, coils also have to be changed weekly, which is equally messy.

“If they’re not changed, vapour output drastically reduces and the flavour becomes burnt, leaving customers to conclude their device has broken – when actually just a coil needed changing.”

Who backs vaping as a quitting tool?

“Vaping poses only a small fraction of the risks of smoking and switching completely from smoking to vaping conveys substantial health benefits.

“E-cigarettes could be contributing to at least 20,000 successful new quits per year and possibly many more.

“E-cigarette use is associated with improved quit success rates over the last year and an accelerated drop in smoking rates across the country.”

“There is now agreement based on the current evidence that vaping e-cigarettes is definitely less harmful than smoking tobacco.

“Although most e-cigarettes contain nicotine, which is addictive, vaping carries less risk than smoking tobacco.

“Thus, it would be a good thing if smokers used them instead of tobacco.”