It seems that the law affecting licensed retailers is constantly evolving, making it difficult for even the most diligent of operators to keep up. Audrey Junner, a Partner at Hill Brown Licensing Solicitors, looks at what the coming months have in store for retailers.

What legislative changes are expected this year?

The much talked about outstanding changes within the Air Weapons & Alcohol (Scotland) Act 2015 are expected to be brought into effect at some point in 2017.
It has just been announced that some will be commenced on 15 May while the others are estimated to be late summer/early autumn. From 15 May the act reintroduces the fit and proper test to liquor licensing giving Police Scotland far wider grounds for objection to new applications and transfers. Although this could be seen as a positive for the trade, keeping unsavoury characters out, it does raise real concerns about how police intelligence will be used in this process.
The Act will also widen the scope of overprovision, possibly making it even more difficult to obtain new licences, and the new provisions dealing with the transfer of licences are expected to bring their own challenges when you attempt to apply them.

Are there any other changes on the horizon in licensing which will impact retailers?

The Local Government elections this coming May will have a direct impact on the licensing arena as existing Licensing Boards are dissolved, making way for a raft of new Councillors. There are expected to be significant shifts in the political landscape, with experienced Licensing Board members losing seats. At this stage it makes any licensing application difficult to predict as you are effectively dealing with an unknown entity.  We can take some comfort from the fact that they will be guided by the current Licensing Board Policy until they are required to devise a new one in 2018.

There have been new laws introduced in relation to Tobacco and Nicotine Vapour Products. What does a retailer have to do to comply?

At the start of April the rules on tobacco sales were extended to include NVPs. This requires NVP retailers to be registered, and existing tobacco retailers must amend their registrations before 30 September.
It also formally prohibits the sale of such products to under 18’s and a challenge 25 scheme must be implemented. Significantly, anyone under the age of 18 selling NVPs or tobacco products must be authorised by a responsible person. A written record of this authorisation must be kept and this must be signed.

Are you expecting officials to clamp down on any areas in particular over the next year?

Did you know that late hours catering means the sale of any type of food after 11pm and before 5am and that does not just mean kebabs? In 2010 a little known change to the rules governing Late Hours Catering Licensing removed the words ‘meals and refreshments’ and replaced them with the word ‘food’ as defined by the Food Safety Act which means anything which can be consumed even if it has no nutritional value, including chewing gum.
There are local exemptions which would need to be checked each time, but it effectively means that anyone selling these items must hold a Late Hours Catering Licence. It is an offence not to.
There are undoubtedly many unsuspecting operators unaware of this requirement but, as always, ignorance is no defence.
We have noticed a rise in the number of inspections recently so it is definitely something the trade really should be alert to. It could signal the end to 24 hour trading for stores who rely on it if the correct licence is not obtained. 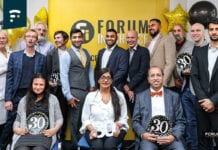