IT’S been the best part of a decade since the first smartphone apps made their debut in July of 2008.
In that time a vast and varied cavalcade of applications have been launched, downloaded and put to use, transforming people’s everyday lives in small – and occasionally very big – ways.

But for all that, grocery is an area that mobile technology appears to have failed to seriously penetrate. And in the UK, it may even have taken a step backwards.

Recent research from IGD has shown the number of shoppers saying they have a useful food and grocery app on their phone dropped from 40% in 2014 to 34% in 2016.

It seems that much of the technology available simply hasn’t connected with shoppers.
But that all could be set to change with the latest generation of mobile apps to come on the market – particularly in the convenience trade.

Some retailers have taken on Zapper because they like the digital vouchers. We’re working more and more with big brands,  because they want to know who their customers are too.

A mobile payment, vouchering and loyalty system that works through the use of QR codes, Zapper is designed to make shopping easier and more rewarding, while providing retailers with a wealth of data about their customers.

“We’re always interested in payments, because we know that paper cash is declining,” said Mo.
“There’s less demand for it, so we want to make sure that we’re on top of that with our technology. We want customers to have a safe and easy way to pay.

“The thing I like about Zapper, from a customer’s perspective, is that you don’t need to carry a credit card. You just need your phone. I carry less and less now and in the future I think everyone will use their phone to make payments.

“We also needed more information on what customers are buying and that’s what Zapper does. The way we see it, the future is in deliveries and customer engagement. To engage with customers we need quality information to see what they’re purchasing. It’s no use me saying to you that we’re selling 2L Pepsi on a deal if you don’t drink Pepsi. So the more information we can get on purchasing the better we can use it. 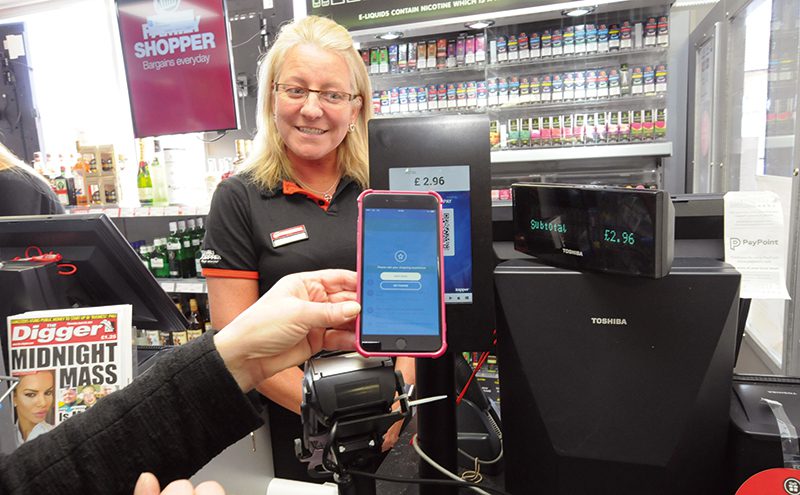 “That’s why we were interested in Zapper and pushed it through so quickly. It’s fitted in very well.”
Customers who download the app (which is heavily promoted through POS materials around the store) get £3 off their first basket by way of incentive.

Once they’ve made their first transaction, they’re enrolled onto a loyalty card (Mo’s is ‘spend £40, get £2 back’) and can be sent exclusive offers, which are entirely at the retailer’s discretion.

“We’re going to be doing a promotion on Warburtons bread, which is our top seller, cutting the price from £1.20 a loaf to 80p for Zapper customers,” said Mo. “It helps to push Zapper and will make it a kind of a buying club, giving customers another reason to come into the shop.”

Zapper’s head of PR, Natalie Lloyd, said: “Every retailer I speak to has a different reason why they like Zapper. Maybe they want to offer a loyalty card, but they’re not big enough and they don’t want to get tied into a much bigger deal.

“Maybe they want to offer cashless payments because cash is declining and it’s costing more money to take cash. Having it all on your mobile is more secure and much better. Some retailers have taken on Zapper because they like the digital vouchers. We’re working more and more with brands, because they want to know who their customers are too.

“The app gets updated every two months, so it’s only going to get better from here.”
• Another retailer endeavouring to make the most of mobile app technology is Mani Dhesi of Day-Today in Maryhill Road, Glasgow.

He said the app Big DL, which has been rolling out to Day-Today stores for the past year through the technology firm’s partnership with Today’s Group, has proven very popular with his customers.
“There are lots of different companies that do it, but once customers have downloaded the app onto their phone, it works in conjunction with our leaflet, so whatever deals are on the leaflet will show in the app,” he said. 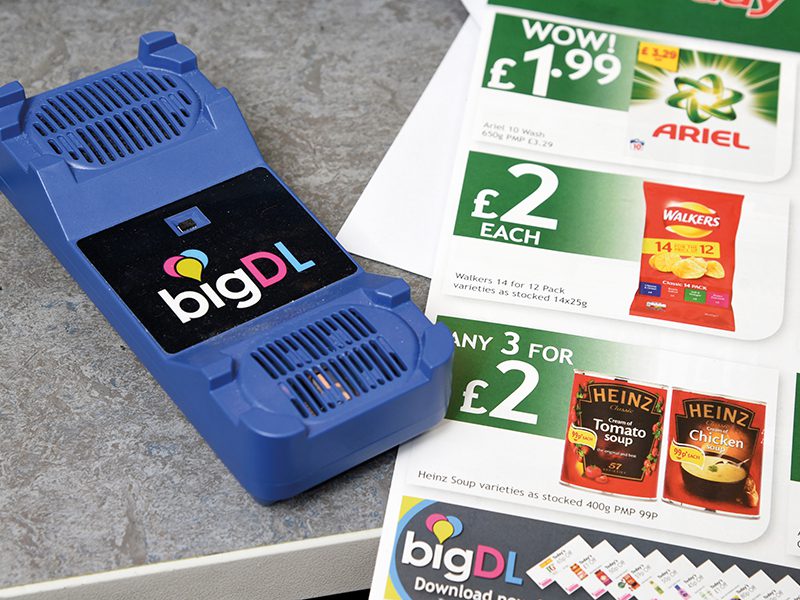 “Customers love it. There’s a wee transponder at the door, so when they walk past, if they’ve got their Bluetooth on, their phone will ping with an offer.

“I used it quite a bit in London and found it was pinging all the time. They’ve got really good coverage down there.
“Up here the technology isn’t used as much, but we’re getting there. It’s definitely the way forward.”