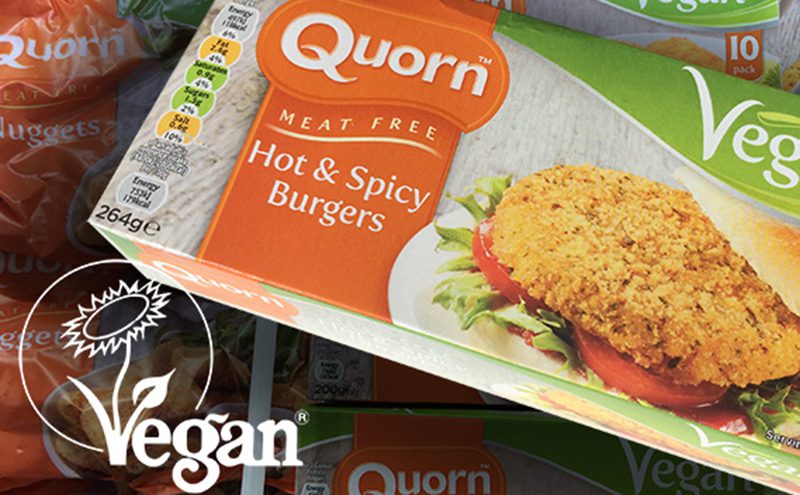 Alex Glen, head of brand marketing at Quorn said: “We are really pleased to have registered our Quorn Vegan products with The Vegan Society.”

“We have been working very hard over a number of years to develop vegan products that delivered the fantastic taste and texture that Quorn is known for, to vegan consumers, and the Vegan Trademark is the cherry on top.

George Gill, chief executive at The Vegan Society welcomed Quorn’s decision to “join over 800 other companies” by registering their products.

“Quorn’s newly-registered vegan products are already being enjoyed by vegans in the UK and abroad, and by clearly labelling them the company makes sure it is widely known that its products are suitable for everyone.

“Providing vegan options makes clear commercial sense for businesses, which can open up their market to a fast growing number of vegans worldwide,” said Gill.