Fuel brand Jet has joined forces with the charity Children with Cancer UK to support efforts to determine the causes, find cures and provide care for children with cancer. 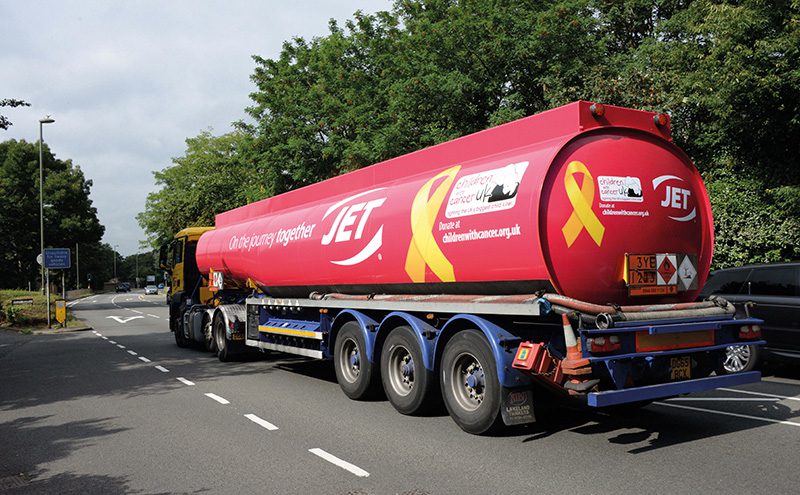 Jet’s support of the charity coincided with Childhood Cancer Awareness Month in September and involved wrapping one of its tankers in the charity’s distinctive crimson pink. It’s branding a further 50 tankers with large gold ribbons – the symbol for childhood cancer – and the charity’s logo and website.
Childhood cancer is a cause close to the team at Jet’s hearts. Paul Yates, territory manager for Scotland, and his wife, went through every parent’s worst nightmare in 2012 when their daughter, Niamh, then aged 12, was diagnosed with an undifferentiated sarcoma on the base of her spine.
Paul said: “Our lives were turned upside down when we were given Niamh’s diagnosis. She had a particularly rare form of cancer and had to undergo a seven hour emergency operation on her spine and endure six cycles of chemotherapy. We all travelled to the US for a seven-week course of proton beam radiotherapy, which was not available in the UK at the time.
“Four years on, and Niamh is doing well, although the long-term side effects of all that treatment mean that her life is not that of a typical teenager. We’re proud to support this annual awareness campaign, because every pound raised brings us closer to another family avoiding what Niamh and our family endured.”

More pizza on the go