ZAPPER, the consumer marketing and insight platform, has launched its new in-app loyalty card, that gives consumers the opportunity to automatically earn rewards.
People who use Zapper – installed in a growing number of restaurants and retail outlets – can already pay bills, automatically redeem vouchers and leave instant feedback. However, many still have wallets containing many loyalty cards and paper vouchers. 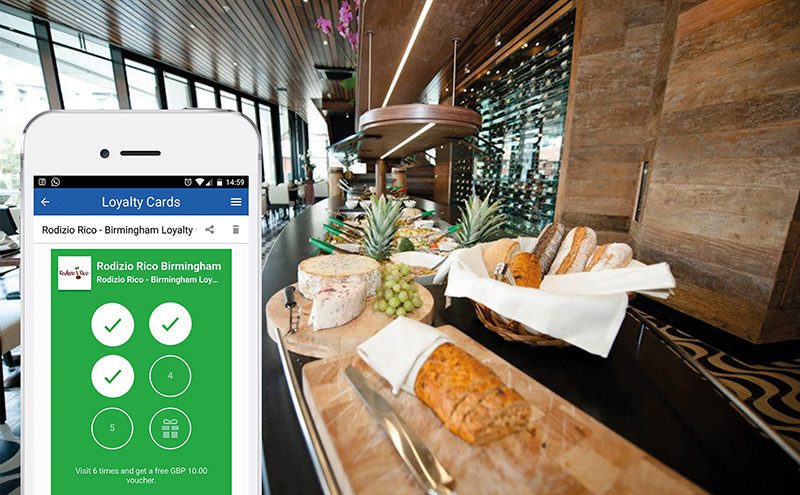 In an increasingly competitive market space, Zapper says it’s critical for businesses to go the extra mile to reward and retain their customers.
According to the Mintel Consumer Attitudes towards Mobile Payments UK 2016 report, more than two in five (46%) consumers would be more likely to pay for things using their smartphone if they were offered rewards.
What’s more, findings from the 2016 Bond Loyalty Report with Visa show 57% of their members would like to engage with loyalty programs via mobile phones, and a 3C report revealed 60% of consumers make more monthly visits/purchases because of mobile-enabled loyalty programmes.
Customers are increasingly tech-savvy and targeted offers and personalisation are ways to encourage repeat visits, create habit and reward loyal customers, Zapper argues.
It says its new upgrade gives businesses a smart way to automatically understand their customers, reward loyalty and encourage future spending through rewards, messaging, push notifications and beacon technology.
Gerry Hooper, CEO Zapper UK, said: “We’ve seen an incredible uptake in the first week of introducing the digital loyalty card with 10% of our restaurant partners launching their own loyalty rewards scheme within the Zapper app. This is such a simple and seamless process for both the user and the venue with more than 8% of our UK users already opted in to a loyalty card. We are really excited about this feature as a simple way to encourage repeat visits and habitual use of mobile payments.”