MARS Ice Cream says research it has carried out has revealed that the trend for entertaining at home is here to stay. Two-thirds of UK consumers say they now entertain at home as much as, or more than they did 10 years ago, the firm said.
Some 20% plan to host weekly gatherings at home over the next six months with 68% planning to entertain at least once a month. The most prolific home entertainers are the 18-24 age group with one in three planning to host a meal every week for friends or family. Around 58% said they would consider offering an ice cream bar or ice cream on a stick as a dessert – rising to 73% for those aged 18-34.
The company says ice cream is now the third-largest in-home treats product category and that within ice-cream hand-held products now account for 54% of total value ice cream sales. 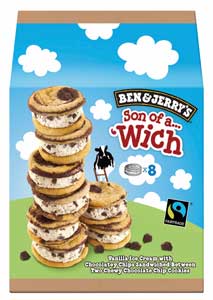 Mars Ice Cream offers its two most popular ice cream bars Mars and Snickers as singles and in four-packs and six-packs. It has launched its Maltesers Teasers ice cream in a four-pack, which, it says, is the most popular pack size of wrapped handheld ice creams. It also offers Bounty in a six pack.