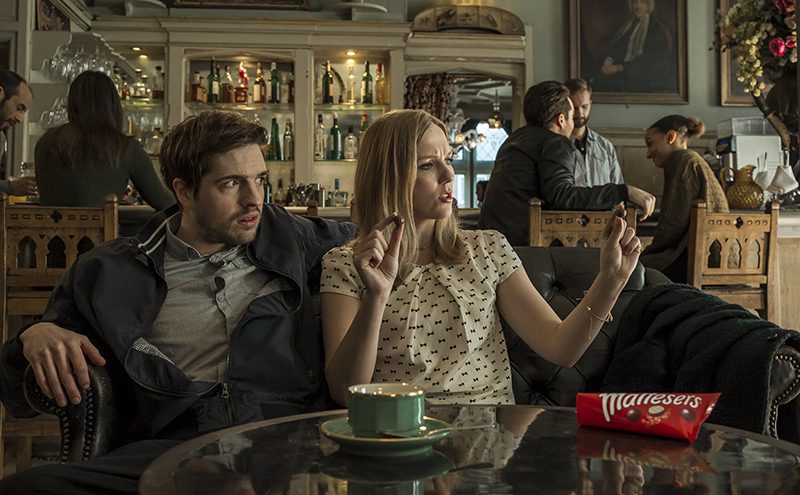 MALTESERS is set to make a return to UK TV screens with a new advertising campaign.
The TV campaign will debut during Britain’s Got Talent on Saturday, 7 May, with a 20-second advert – the first in a series of four, with a further three 20 second adverts scheduled.
Supported by a media investment of £10m, the series of four adverts will air throughout the year and also be brought to life across digital channels using a YouTube pre-roll.
The first in the series of adverts, built around the theme of not taking things so seriously, sees a woman break some bad news to her soon-to-be ex-boyfriend, confronting him about a not-so-secret office romance. She then tells him she’s kicking him out to live with his mother, before enjoying Maltesers to lighten the moment.
The remaining three adverts explore equally uncomfortable scenarios, including a doctor coming clean about an unfortunate date – complete with a wardrobe malfunction. Another explores a shop assistant breaking some seemingly shocking news to her colleague about a friend’s grandmother. The final scenario shows two friends gossiping over why Barney the dog isn’t quite himself after a rather personal visit to the vet.
Fabio Alings, Maltesers brand director, said: “This is an exciting year for the Maltesers brand. Not only are we back in living rooms across the country with our biggest ever UK TV campaign, but 2016 is also the year which sees us celebrate the brand’s 80th anniversary – we’ve been providing our British consumers with a lighter way to enjoy chocolate since 1936.
“We have always encouraged fans of our Maltesers brand to not to take themselves too seriously, and this continues to influence our creative approach as seen in our quirky new adverts. We’re excited to be kicking off our campaign by sharing a light-hearted moment with the nation in a primetime slot this Saturday night.”