THE very biggest international spectator-drawing sporting events – the football World Cup and the Olympics – happen in even-numbered years.
2016 is shaping up to be a very big year for retailers who can benefit from sales to sports fans. Next month Euro 2016, the revamped European international football championship finals, which now features 24 teams and a full month of competition, kicks off in France.
It would have been better for Scottish football fans, and probably for retailers too, if Scotland had actually made it through to the finals.
But there’s still plenty of scope to sell beers, soft drinks, snacks, quick TV meals, pizzas, confectionery and more to folks who are ready to settle down for up to three matches a day, many of which are on in prime time and all on free-to-air channels on either BBC or ITV.
Here we look at key tournament details and timings and then we look at the wider big-night-in phenomenon and what it can mean to c-stores.

We look at key tournament details and timings and then we look at the wider big-night-in phenomenon and what it can mean to c-stores. 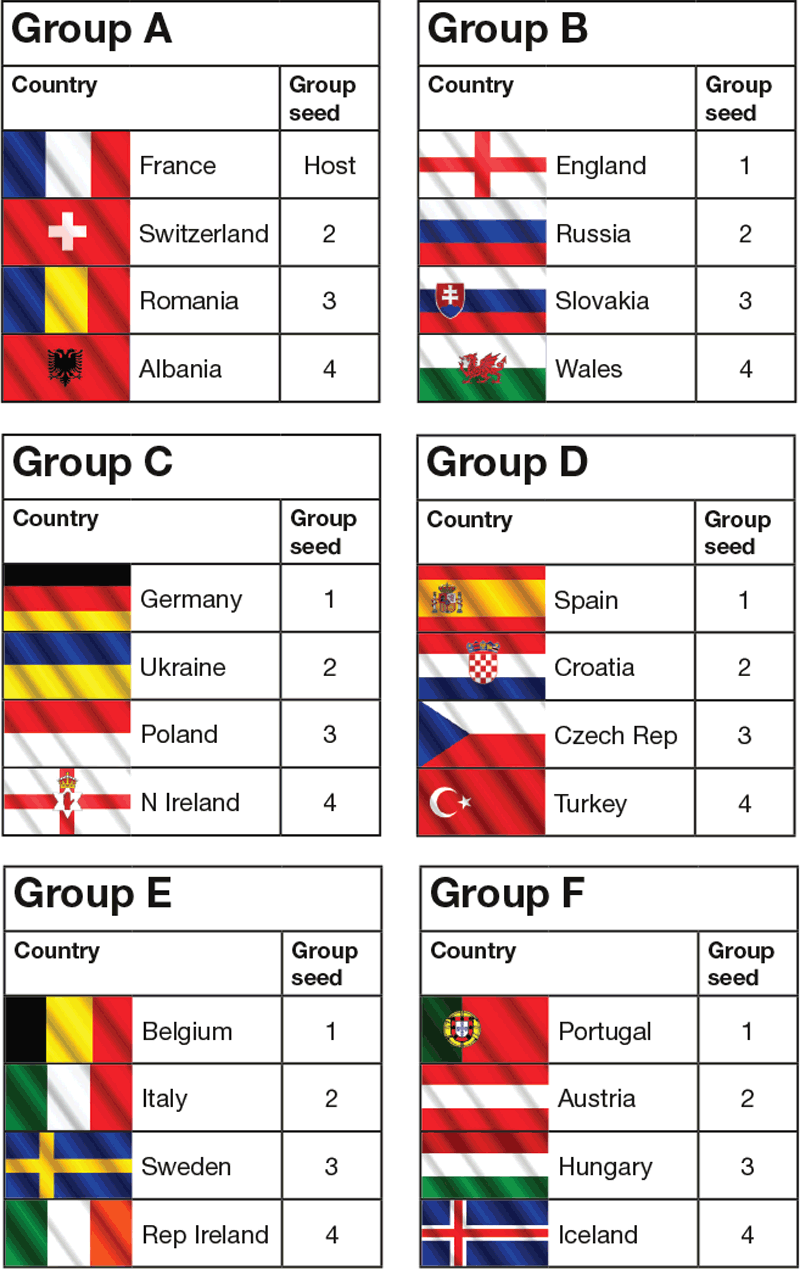 It’s the biggest football show on Earth this year and it’s all on free-to-air TV. Group matches are shown below along with times and TV details. After the group matches are complete BBC and ITV choose their subsequent matches.
(All times UK. Details subject to change) 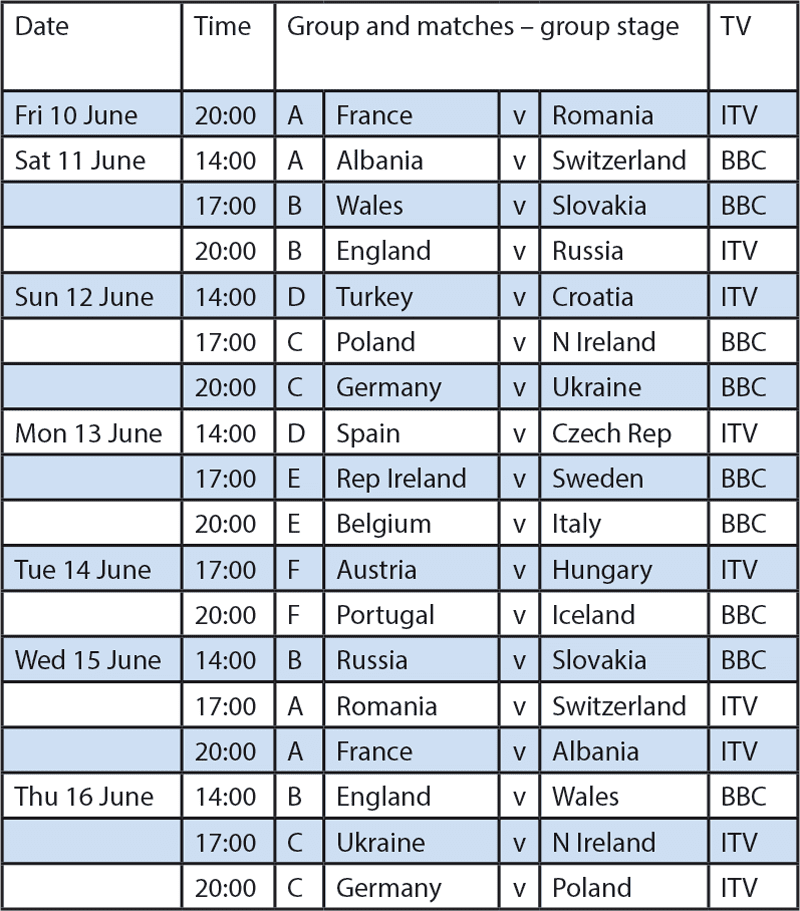 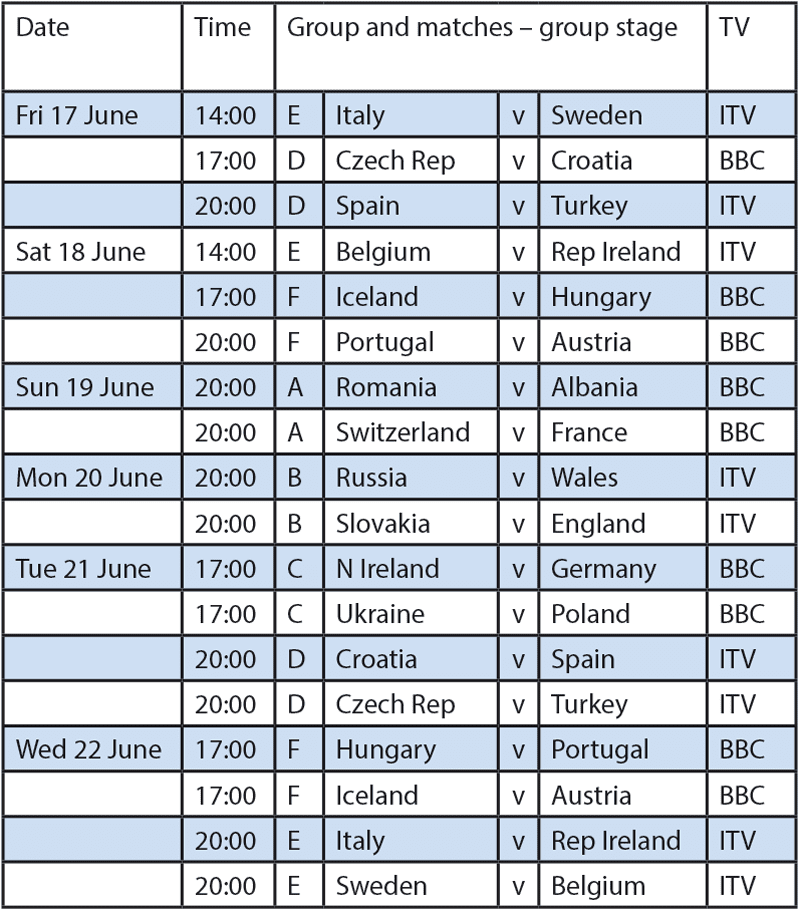 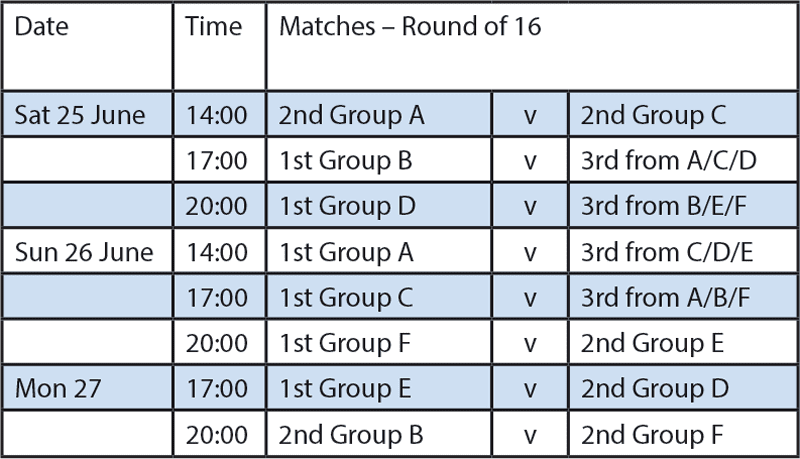 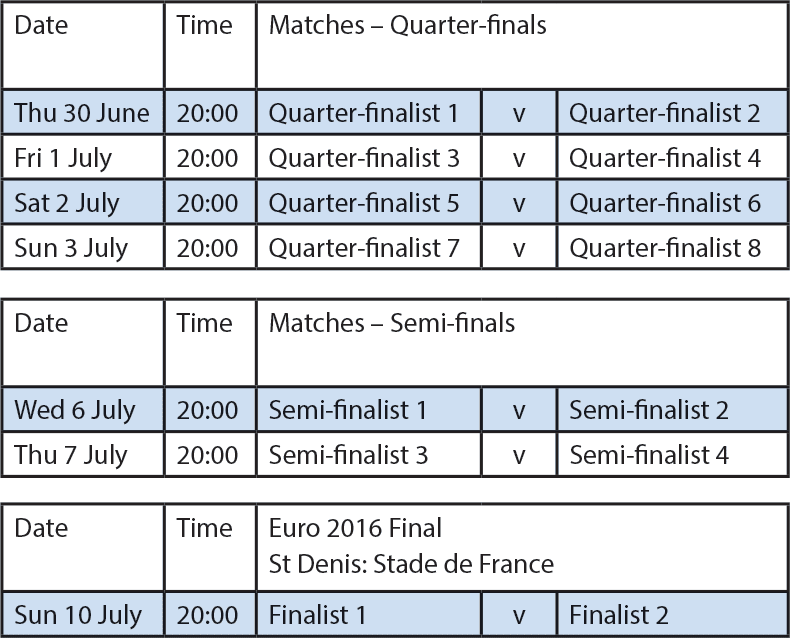 In Euro 2016 group matches there are three points for a win, one point for a draw and no points for a defeat.
The group winners, group runners-up and the four best third-placed teams go through to play the round of 16’s knockout matches.
The eight winners of those matches play in the quarter-finals. The four winners of those play in the semi-finals and the two winners play the final.