Scotland’s brands and produce are important to Scottish retailers and consumers, as our annual top 50 Scottish brands feature illustrates. In this update we focus on a Scottish meat products leader, dairy issues and some of the latest craft beer developments.

SCOTTISH provenance is important to Scottish consumers and a potentially strong selling point for retailers, especially c-stores that highlight and support Scottish produce, reckons one of the country’s main meat products suppliers.
Bells Food Group, the company behind the extensive and strong-selling ranges of Bells Pies and Bells Pastry, argues there are significant opportunities for Scotland’s c-stores in selling Scottish food and drink, even though it recognises that some aspects of current trading are tough.
“Market pressures on margins and pricing remain hugely challenging but the overall story of the convenience sector is a strongly positive one,” said Bells managing director Ronnie Miles.
“Through partnership, branded food producers and convenience retailers should be focused on growth.”
Director of sales and marketing Gordon Smith said there is a clear example, that isn’t hard to find, that shows how c-stores could do well with Scottish produce.
“Scottish provenance and good quality food produced in Scotland has never been more important. The supermarkets have led in communicating provenance to their customers and there is the same opportunity in convenience,” he said.
“Bells fits well with this story and we have the right pack sizes, price points, strength of brand and range that fits perfectly with the convenience consumer.” 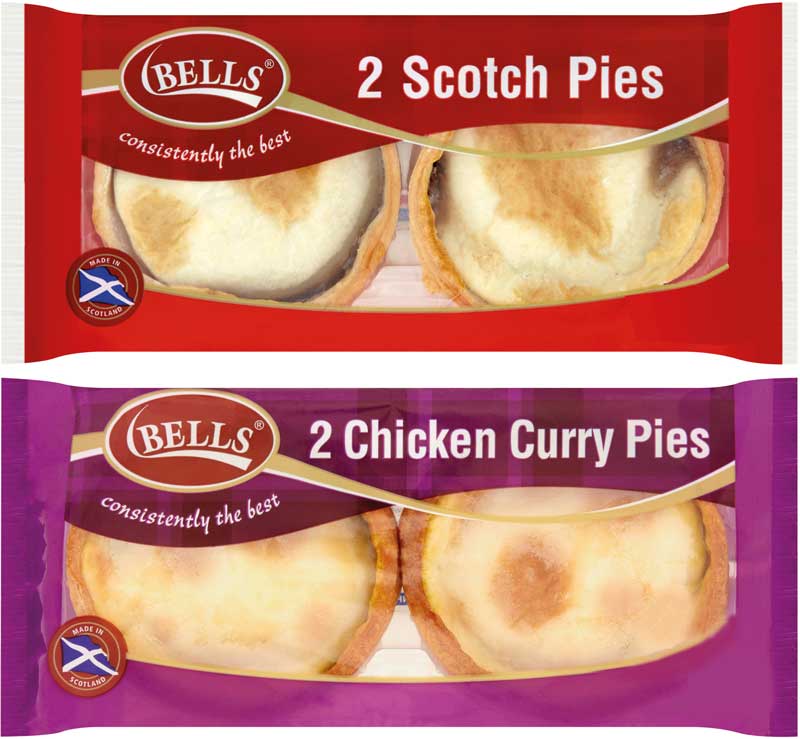 Bells Food Group sees its own range as including products that are must-stocks for c-stores in Scotland.
It has 66% share of the market for branded chilled pies, and its two-pack chilled Scotch pie is purchased by four out of five of all consumers who buy Scotch pies and is a key value item in Scottish convenience, it says.
The portfolio also includes two-packs of macaroni pies, steak & gravy pies, and chicken curry pies, as well as a range of steak pies, plus mince rounds and steak rounds. And its puff pastry has been in Scottish grocery since the 1950’s.
The company has invested over £3.6m in the last 12 months on pastry and pie production and it aims to deliver many new products. It has just launched the new pack design for its steak pie range. Consumer research identified that consumers expected a hearty eat, great taste and quality from Bells products and the new design reflects that research and gives the brand impact on shelf, the firm says.