Choosing who to promote can be a tricky task for managers, especially within a small team, and can have legal ramifications too 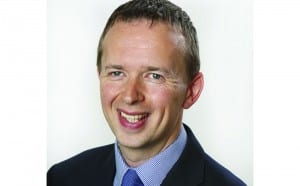 How should an employer approach promotions?
Once you have decided to fill a post from within the existing staff, or if you are considering internal candidates for a job, selection will usually involve a careful consideration of candidates’ skills and whether they are suited to taking on additional responsibilities. This may include looking to their ability, performance, qualifications and training. Ideally, your performance management process will already have done some of the work for you, having identified career aspirations and any objectives that individuals have been given to be considered for promotion.
It is also vital to ensure that any selection process or appointment to a promoted role does not give rise to any unlawful discrimination under the Equality Act 2010. It might be important, for example, to consider the duty to make reasonable adjustments when considering a disabled employee for a promoted role.

Why is a performance management system important?
Every employer will have a different approach but preferably promotions will tie in with a robust performance appraisal system, designed to encourage career advancement and identify candidates for promotion. Such a system should also look to ensure employees at all levels are contributing to the overall workplace aims. Arguably, the need for such a system is all the greater as employees move into promoted roles which might stretch existing capabilities and identify any areas of the new role where further development needs or support might be addressed.

Should a fresh employment contract be issued?
Once a candidate has been offered a promotion, it is advisable to issue a fresh contract, outlining the duties and responsibilities of the new role. Difficulties can arise where employees have been internally promoted several times (for example, from retail assistant, through to store manager and beyond), but contracts of employment have never been updated. As well as the changes to job title, duties and pay, there may well be changes to working hours and bonus or benefits eligibility. Beyond these changes, it is also important to consider any further elements which might need to be introduced into employment contracts as employees are promoted, such as longer notice periods, mobility or flexibility clauses, or post-termination restrictions.

What if the changes are not significant?
Where the vast majority of terms and conditions will remain the same, a letter setting out the variation to the existing contract could be used, provided it sufficiently details the changes involved and is signed and dated by both parties.

What about a probationary period?
Where there is a concern over the employee stepping up to deliver the new role, a probationary period might be included (alongside any training, mentoring or support provided). This should however make clear, for example, what the consequences of failing to pass this period would be. If it would involve a return to the original role, that role should not be backfilled on a permanent basis.

* Alan Delaney, is a director in the employment and pensions team at Maclay Murray & Spens and a member of the firm’s Food and Drink team