A Renfrew retailer is just weeks away from opening a new store opposite an Aldi supermarket. 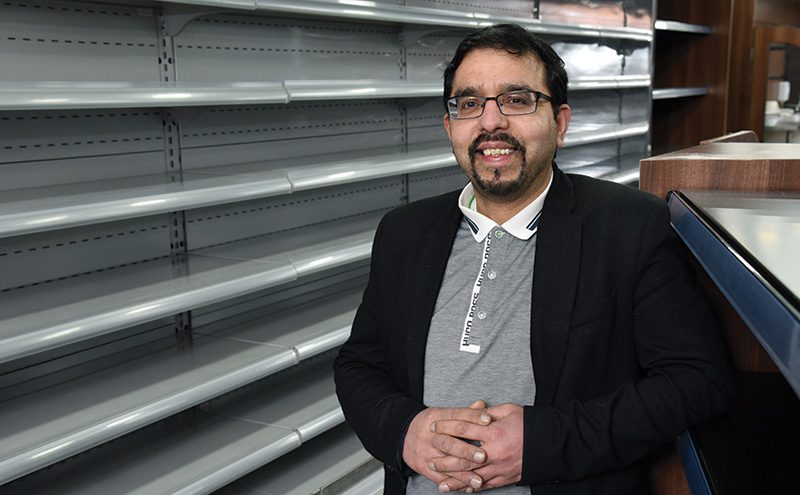 Scottish Grocer reported last year on Mohammed Jamil’s plans to turn an abandoned shop into a 1,900 sq ft convenience store.
Following months of planning and construction work, the new store is set to open this month.
Jamil has been aided in his ambitions by a £15,000 grant from Renfrewshire Council.
He said: “The property has been empty for seven years. I explained to the council what I wanted to do and they were thrilled that I would take this step.
“By supporting us they’re continuing to support the regeneration of Renfrew town centre.”
Jamil, who currently runs a Day-Today Express two doors down from the new store, said there was a clientele in the town that is not being catered to.
He said: “There’s a gap in the market for someone offering great fresh food to go. That’s what we want to provide.”
The new store, more than twice the size of his existing premises, will include a seating area, coffee stand and ice-cream parlour, on top of a much larger range of tobacco and alcohol, particularly craft beer and premium spirits.