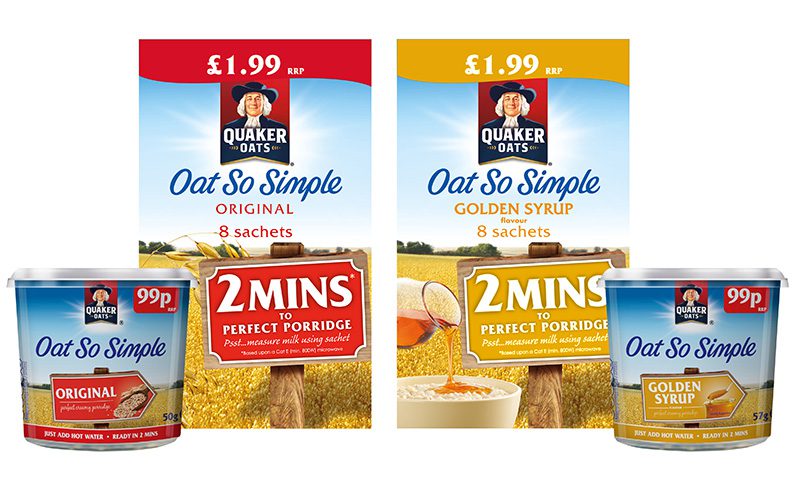 But modern shoppers want products that are quick and easy to prepare for breakfast, it reckons, and it developed its Quaker Oat So Simple Cuppa Porridge and the Quaker Warm & Crunchy range to meet such demand.

Head of impulse field sales Matt Goddard said: “Porridge sales have increased by 10% in the last two years, driving the cereal category and offering retailers a larger piece of the pie.”

He added: “Longer winters have lengthened the porridge season, so ensure your store has increased visibility over the key winter sales period.”

• Hamlyns of Scotland says the UK is going wild about porridge and that many Scots see porridge not just as a breakfast food but also as a healthy snack that can be eaten at any time of the day. 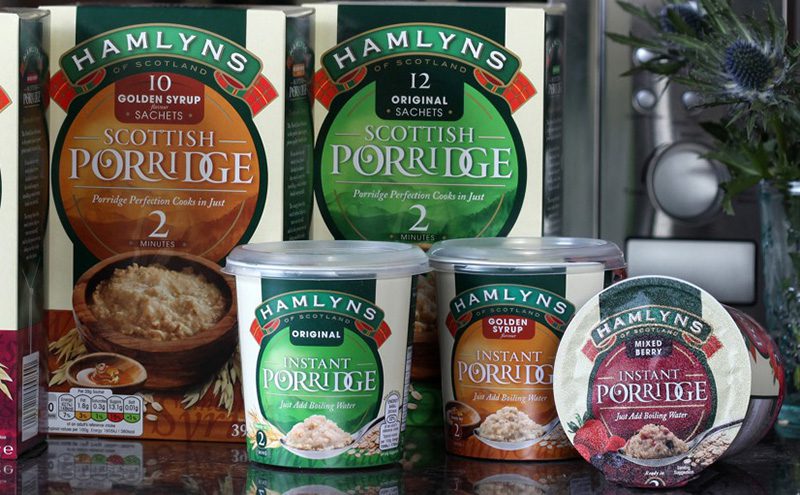 “Hamlyns pots and sachets have an eye-catching design, and a very attractive price point, giving them instant appeal.”

Some retailers display the pots close to their self-serve coffee machines. That gives consumers the option of using hot water from the machine to prepare their hot instant porridge before leaving the store.

“They can just pop the plastic lid back on for a few minutes before they enjoy it on the go,” he said.