If your aim for 2016 is to open a new shop or revitalise an existing one, what in particular should you pay attention to?

RECENT figures show that investment by convenience retailers is back on the rise and for those interested in updating their premises there are many options, such as…

REFRIGERATION
The latest ACS Investment Tracker found the most popular form of investment in independents and symbol stores is spending on refrigeration.
However, it’s a hefty investment and Graham Mason, of Direct Shelving Services Ltd, voices a note of caution against retailers buying more than they can manage.
“You will see a lot of retailers now who have vast amounts of refrigeration, but mostly filled with soft drinks, not a lot of fresh food,” he said.
“That’s a management problem in that someone’s sold them the fridges on the suggestion they’ll be selling a lot of fresh . But if they don’t manage their food they just become giant soft drinks sellers in which case they’re paying an awful lot of money just to have more chilled pop.
“If you’ve got a two metre chiller for fresh right now ask yourself if it’s likely that you’re going to be able to sell 15 metres. If you got two or three deliveries a week, you wouldn’t have to hold that much stock and could get away with a smaller investment.” 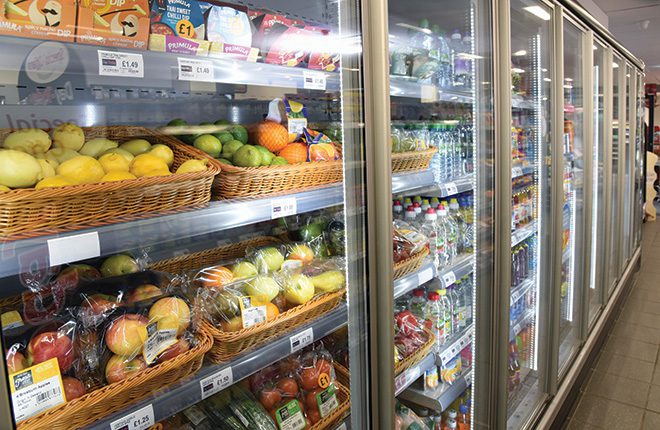 LED LIGHTING
Since the launch of the Convenience Store Resource Efficiency Grant, many Scottish retailers have applied with a view to improving their lighting, according to specialist firm SR Technologies.
The Scottish Government fund, managed by Zero Waste Scotland, allows independent convenience store retailers to apply for a grant of up to £5,000.
“LED lighting is a no-brainer,” said company director Mo Malik. “It gives you the highest return possible on your investment and they are effectively maintenance free.
“If you put this in an old shop, anyone coming in will ask if you’ve renovated. Everything will look new, because light is a major component.
“The installation process is very simple and there is no other technology to compare to LED lighting for the kind of savings it makes.”

CCTV
Updating to a modern security system is not as costly or as complex as many retailers assume, suggests Malik, whose firm also installs digital surveilance systems.
“Up till now the majority of people have used analogue cameras. Now it’s moved on to HD. With analogue, if there’s an incident and they try to blow it up to see what’s happening, it pixelates and you can hardly see it. HD cameras do not pixelate and they give you what you want.
“CCTV has been proven to prevent incidents of theft and issues with customers plus it is insurance for issues, so you’re not hit with false claims.
“We offer a hybrid system, so we keep all the existing cabling. Plus you can choose to upgrade only the cameras that are most important, leave the others and the system, being a hybrid, will take HD and analogue both.
“Later, when the customer has more funding available, they can upgrade the remaining ones. And our system is no more expensive than analogue, not a major expense.” 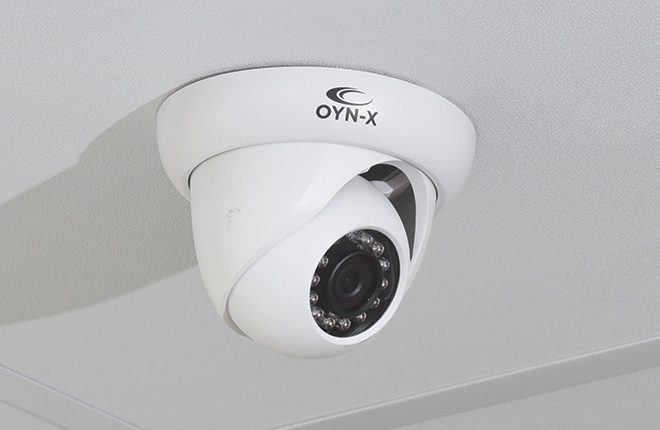 EPOS
If you haven’t yet installed Epos in your shop, or haven’t updated your system for a few years, that alone can make a huge difference to your business, according to Richard Holder, director of Reposs.
“With the way technology’s moved on, electronic links to wholesalers, automation, it’s a lot easier to run an Epos system than it was just 10 years ago,” he said.
“And getting onto the current system gives you the latest technology, features and functionality. As part of a refit I always say you want to get your Epos system first so you can identify what’s actually happening within your business, what sells and what doesn’t. That way you can be clear about how you’re going to build your refit around how your shop currently works.
“Unfortunately, the Epos system is usually the last thing retailers put in. Only after they’ve had the refit do they learn they’ve allotted too much space for something they sell very little of and not enough for something that flies off the shelf. They then have to get a mini refit to compensate.” 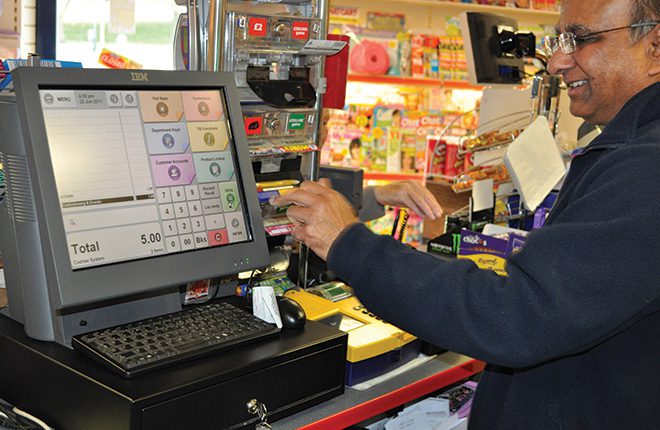