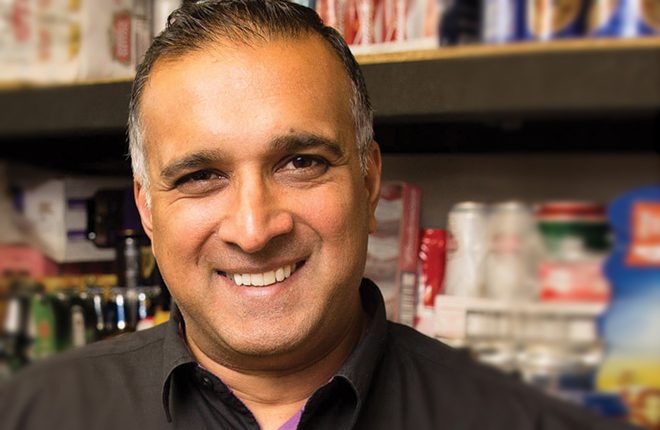 LANARKSHIRE retailer Mo Razzaq, who with his wife Roxy owns and operates Premier Mo’s Convenience Store and Family Shopper outlets in Blantyre, became councillor for the town in a South Lanarkshire council by-election held last month.
Mo, standing as the Labour Party candidate, took the seat under the single transferable vote system at the fifth stage of counting with total votes and transfers of 1589. Second-placed candidate was the SNP’s Gerry Chambers, who scored 1327. The election was caused by the death of the previous councillor in September last year.
Mo’s election came just a day after he was named Convenience Retailer of the Year for his Blantyre Family Shopper store at the Scottish Asian Business Awards.
He took the title in a category where finalists also included: Day Today Beith Supermarket in Beith; Nisa Extra in Queensferry Road, Dunfermline; Nisa in Glenkirk Drive, Glasgow; Scotfresh in Cardonald, Glasgow; Spar in Maryhill Road, Glasgow; and Spar Leven Street in Motherwell.